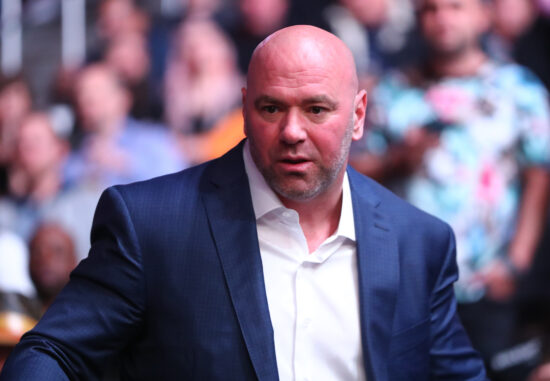 If you’re looking for some Contender Series predictions, you’ve come to the right place!

Last week’s Dana White’s Contender Series event saw three underdogs win. Are we going to see some upsets happen in the Week 7 of the DWCS Season 6?

The event in question is on the program on Tuesday, September 6. There are five bouts on the fight card, with the headliner being the light heavyweight clash between Rodolfo Bellato and Vitor Petrino. Gabriel Bonfim and Trey Waters fight a welterweight fight the same evening, while Gabriel’s older brother Ismael Bonfim is taking on a lightweight fighter from Azerbaijan, Nariman Abbasov.

Jimmy Lawson and Kevin Szaflarski lock horns in a heavyweight fight that’s very likely to end before the final bell. Finally, we could also see a women’s fight end within the distance for the first time in the 2022 Dana White’s Contender Series. The fight in question is a women’s flyweight clash between Tereza Bledá vs Nayara Maia.

Has all this DWCS talk got you in the mood for MMA betting? If so, make sure to check out our top Contender Series picks below!

We’ll start our DWCS predictions with the headliner fight of the Week 7 event. It’s a light heavyweight fight between Rodolfo “Trator” Bellato (8-1) and Vitor “Icao” Petrino (6-0). Notice that Bellato has one loss in his record – believe it or not but it happened against no one other than Petrino.

It happened in May 2019 when Petrino knocked Bellato out in Round 1 after just 25 seconds. Fast-forward to September 2022 and Bellato is looking for payback.

Bellato has fought three times since that loss, winning inside the distance each time. When it comes to Petrino, his win over Bellato happened in his professional MMA debut. Since then, he’s fought (and won) against another five fighters. Still, there’s a caveat – only two of those had a positive record before fighting Petrino.

Gabriel “Marretinha” Bonfim is 12-0 in his professional MMA career whose most recent fight saw him win the LFA Welterweight Championship. The win saw him knock his opponent out, which came as a bit of a surprise knowing that Bonfim is a real submission expert with 9 wins by this method.

Originally, Bonfim was supposed to fight Felix Klinkhammer, but the German was replaced by Trey “The Truth” Waters, an undefeated fighter from Florida who’s 6-0 in his professional career. His stats are good, but Waters just hasn’t had enough time to prepare for the DWCS Week 7. It was late August when he found out he was going to fight Bonfim.

Jimmy Lawson (4-1) and Kevin Szaflarski (11-1) audition for a UFC contract at Contender Series Week 7 in a heavyweight fight. The UFC is in desperate need of heavyweights, which is why it’s almost 100% sure that the winner of this fight will get a contract offer from Dana White.

Both fighters are aware of this, which is why you can be certain that both will give their utmost on Tuesday evening.

Plus, both of these fighters like to finish their fights early. Szaflarski finished his opponents in nine fights; Lawson did it in three fights, each time with a knockout in under 30 seconds. That’s another reason why one of the best bets for the Lawson vs Szaflarski is that the fight will finish inside the distance.

But who will finish who? Our pick is Szaflarski because he simply has more experience fighting big fights.

Gabriel Bonfim’s older brother Ismael is also fighting on Tuesday evening. Ismael Bonfim (17-3) is locking horns with Nariman Abbasov (28-3). At first look, Abbasov’s record looks more impressive, but bear in mind that most of his fights happened in local tournaments in his native Azerbaijan.

He did take part in a couple of big tournaments in Russia, most notably the one organized in memory of Khabib Nurmagomedov’s dead father Abdulmanap in September 2021. The event saw Abbasov knock out Shamil Zavurov who was 40-6-1 before that bout.

Ismael Bonfim, on the other hand, has fewer bouts in his portfolio, but he’s fought against some very tough opponents in his career in events organized by such promotions as LFA, Shooto, and Jungle Fight.

Tereza “Ronda” Bledá is only 20, but she already has plenty of experience in mixed martial arts. Her professional record is 5-0, but she also has some wins from before she turned 18. One of those wins happened against her fellow Czech Lucie Pudilova, who had fought seven UFC fights before facing Bleda.

Bledá’s opponent at DWCS on Tuesday night is Nayara Maia (7-0-1) who’s 12 years her senior. Unlike Bledá, Maia started competing in mixed martial arts in her late 20s. In fact, her amateur debut happened in November 2016, when she was 26. Her professional MMA debut happened two years later when she was 28.

Now, at the age of 32, Maia is facing the toughest challenge of her career. She’s fighting an opponent whose style is similar to hers. However, Bledá seems better in all aspects.