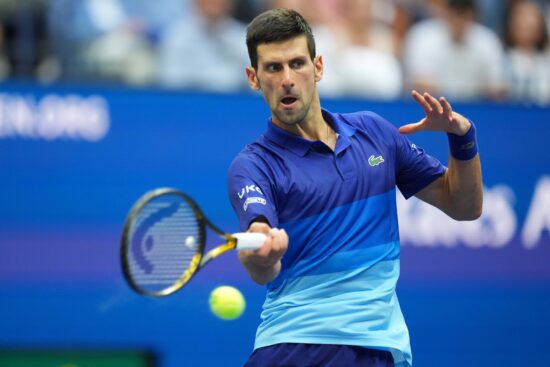 One of the most prestigious national events on the tennis calendar is played out over the next couple of weeks, as the biggest nations look to win the 2021 Davis Cup. Betting for the event is competitive, with the Russian Tennis Federation the current favorites.

How The Davis Cup Finals Work

The Davis Cup 2021 is split over three different host cities, with Innsbruck, Austria, and Turin, Italy, joining Madrid, Spain. Nations involved have been drawn into six groups of three, with each nation in the respective groups coming up against each other.

Three matches will be played between the nations to find the winner, with two singles matches followed by a doubles match. The winners from each group will progress to the quarterfinals, while the two best-placed runners-up will also make up the last eight.

The Russian Tennis Federation are the clear favorites in the betting for the event, as they have a talented squad for the Davis Cup this year. They will be led into the competition by Daniil Medvedev, who recently finished as the runner-up at the ATP Finals. They also have two other players that are ranked inside the top 20- Andrey Rublev and Aslan Karatsev. Should they be playing at the top of their game, then they could be the straightforward winners of the Davis Cup this year.

Novak Djokovic is the main reason why Serbia are among the favorites. The number one player in the world is joined by fellow stars Dusan Lajovic, Filip Kraijinovic, and Miomir Kecmanovic, who are also ranked in the top 100.

The United States and Great Britain could also have excellent underdog chances. Both nations have a number of players inside the top 50 world rankings in their teams. Great Britain have both Cameron Norrie and Dan Evans leading them into battle, while the United States have John Isner, Reilly Opelka, and Frances Tiafoe. It would also be hard to rule out defending champions Spain, despite the absence of Rafael Nadal.

Shocks are always likely in the Davis Cup, and given that Russia have a difficult group to get past, we will be looking for a bit of value. Great Britain could be that value selection, as they have two players ranked inside the top 30 to play singles matches, while Joe Salisbury and Neal Skupski are both ranked within the top 20 in doubles competition.