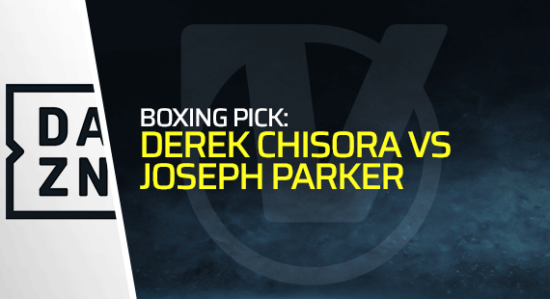 Huge heavyweight action will be taking place at the AO Arena in Manchester on December 18th, as Christmas cracker looks set to take place between Joseph Parker and Derek Chisora. But, will it be a repeat success for the WBO inter-continental heavyweight champion?

The pressure will be on Derek Chisora in Manchester in December, as the 37-year-old Brit can ill-afford a second straight defeat against Parker. It could be argued that Chisora’s best days are firmly behind him, but he still has the heavyweight power that can ask serious questions of the Kiwi. The former WBC heavyweight contender was previously ranked as high as sixth in the BoxRec rankings and has also been in the top ten on seven occasions throughout his career.

However, defeats have been far too visible in his recent record, as he has suffered defeats against Dillian Whyte, Oleksandr Usyk, and Parker in the past three years. He looks to be in the bracket beneath the best heavyweights in the division, as he has knocked off Carlos Takam and David Price in the past three and a bit years. But, this looks more like a final swansong for Chisora, who will have disadvantages in height and reach for this rematch once again.

Parker Victory Could Set Up Title Opportunity Down The Line

Joseph Parker has constantly been a credible heavyweight contender throughout his career. The 29-year-old was the first heavyweight champion from New Zealand when he beat Andy Ruiz, who famously beat Anthony Joshua, for the WBO crown and he is still ranked as the fifth-best heavyweight in the world by The Ring. His highest ranking in the heavyweight division came during his reign as WBO champion, as he was ranked third by the Transitional Boxing Rankings Board.

After successful defenses of the WBO title against Razvan Cojanu and Hughie Fury, Parker lost the title to Anthony Joshua in March 2018. A quick defeat against Whyte followed, but he has resurrected his career since then with five straight wins. His first victory this calendar year came in a grudge match against Junior Fa, as he won by unanimous decision before a split decision result was the verdict in the first meeting against Chisora. The Kiwi will be hoping for a more dominant showing in December.

We could see the final fight of Chisora’s career when he takes on Parker. It’s hard to see past the winner of the first fight repeating the success, while the fight could once again go the distance with the judges’ needed. However, a unanimous decision victory would be our pick.