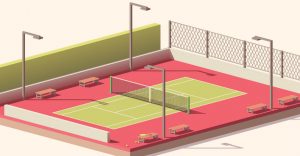 The 2020 US Open is going to be the first Grand Slam not to be won by a member of the Big 3 since 2016. With Nadal and Federer opting out of the tournament and Djokovic getting kicked out for hitting a line judge with a ball, the US Open is going to get a new champion in Men’s Singles. Who’s it gonna be – Dominic Thiem or Alexander Zverev?

Dominic Thiem or Alexander Zverev – who’s going to get their first Grand Slam title? If you asked top tennis sportsbooks, they’d say Thiem. The odds given on the world #3 suggest he’s going to win the final easily. That’s not something he’s managed to do in his previous three Major finals, the most recent one being the one at the 2020 Australian Open, which he lost to Djokovic.

For Alexander “Sascha” Zverev, the world #7, this is going to be the very first Major final. The 23-year-old German-born Monaco-residing player of Russian heritage has had bad luck at Grand Slams. The farthest he got before this tournament was the semifinal at the 2020 Australian Open. He lost the match in Melbourne to Dominic Thiem.

Poor at Cincinnati, Amazing at US Open

An interesting fact about both of these players is that they were horrible at the 2020 Cincinnati (a.k.a. Western & Southern Open) Both players got knocked out of the tournament in Round 1. Zverev lost to Andy Murray 2-1 after a brilliant performance of the UK player. Thiem, on the other hand, embarrassed himself against Filip Krajinovic, losing 2-0 in sets, in which he won only three games in total.

But, then, the 2020 US Open came and both of these guys showed the world what they’re made of. Alexander Zverev showed incredible guts in the semifinal against Carreno Busta. After being 2-0 down, he managed to get himself together and turn the match around.

Dominic Thiem got to the final by defeating Daniil Medvedev in the semifinal. The towering Russian was expected by many to get the title here. In fact, after Novak Djokovic exit, Medvedev was the biggest favorite to win the 2020 US Open. However, Medvedev fans were wrong – Thiem dismantled him 3-0.

The dominant win has certainly given Thiem a big confidence boost. Not only did he do extremely well in that match, but he beat an opponent who’s very similar to the guy he’s facing in the final. For instance, both Zverev and Medvedev are 6’6.

If Dominic Thiem had to pick an opponent in the final of the US Open, he’d probably go for Alexander Zverev. Sascha’s style of play seems to suit Thiem, as evident from their head-to-head statistics. In nine meetings between the two since 2016, Thiem has been the winner on seven occasions.

The last time Zverev defeated Thiem was in 2018 at ATP Madrid, which is a tournament played on clay. The US Open, however, is played on hard surface, which is where Thiem has been brilliant.

Even though Thiem seems like a big favorite, this is the final of a Major tournament, so you can be sure that Zverev is going to give his utmost. He might not win, but he can certainly give the Austrian a run for his money. That said, you can expect the final to see five sets.

But, who’s gonna win the 2020 US Open Men’s Singles Championship? Dominic Thiem should be the one.