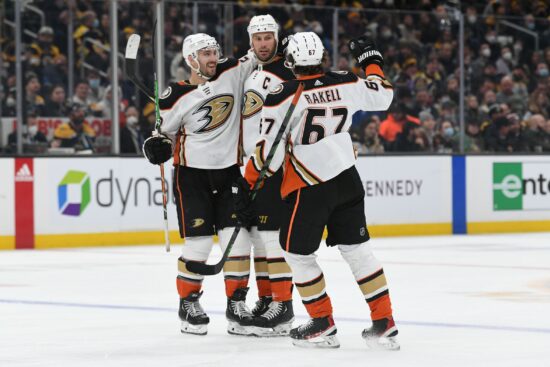 There will be a battle between two sides that look like good chances to reach the Stanley Cup playoffs this season on Wednesday. The Toronto Maple Leafs are searching for a second straight win, while the Ducks are looking for a third win on the bounce.

The Toronto Maple Leafs were listed as favorites to win the Stanley Cup earlier in the season, but have quickly been replaced at the top of the betting. However, there’s little doubt that the Leafs look well-positioned for a strong challenge this season if they can overcome the Achilles heel, which has seen them eliminated in the early stages of the playoffs in recent years.

Toronto’s confidence should be high, as they have won seven of their last ten games, but two defeats in four does issue a stern reminder that there is work still to be done.

The Leafs bounce back from a second defeat in three over the weekend, as they overcame the New York Islanders to win 3-1 on the road. Morgan Rielly, Pierre Engvall, and Mitch Marner all grabbed goals in that win. The Leafs do have a fine home record this season, having gone 14-4-1 at the Scotiabank. Only the Florida Panthers have a better home record this term.

It has been an excellent couple of weeks for the Anaheim Ducks, as they have strengthened their position in the Western Conference standings. There is still work to be done from their standpoint, as they are still sixth, but confidence would have certainly increased after picking up wins in each of their last two games.

Their latest win came on the road against the Boston Bruins on Monday evening, as they picked up a 5-3 success. They scored twice in each of the second and third periods to wrap up a comfortable win on the road in the end.

This should be a high-quality match-up between two very exciting sides in the NHL. However, the record that the Maple Leafs have at home deserves respect, and that ensures that they are our selection to get the win here. We could also see them winning the most periods in the game, and over 2.5 goals being scored in the second period.