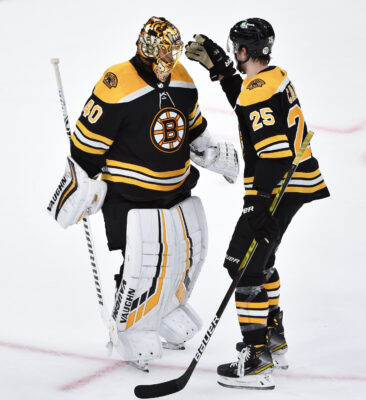 Things are heating up off the ice at present, as all the leading franchises look to get their business done early. Moves in the off-season will have a pivotal role on the chances of teams next season, as some of the leading sides look to improve their chances of reaching the Stanley Cup Finals. Two sides that have wasted little time in sorting out their rosters this week have been the Edmonton Oilers and Boston Bruins.

There was a massive trade in the NHL this past weekend, as it was revealed that the Chicago Blackhawks have allowed Duncan Keith to join the Edmonton Oilers in a huge trade deal. In return, the Blackhawks have got Caleb Jones, as well as a pick in the 2022 NHL Draft. Also included in the deal was Tim Soderlund, who joins the Oilers. Keith celebrates his 38th birthday today. He had two more years remaining on his current deal, which was signed way back in December 2009.

There is no denying that the Oilers are getting a player with a wealth of experience, as well as talent. The 38-year-old from Winnipeg, has been in the NHL since being drafted at 54th overall in the 2002 Draft.

The Boston Bruins will have aspirations of winning the Stanley Cup next season, and they would have improved their chances of laying down another challenge this week by tying down Brandon Carlo to a new six-year deal. The contract is worth $24.6 million, which will see the defenseman get an annual salary of $4.1 million. It was a necessary piece of business from a Bruins perspective, as the 24-year-old would have been a restricted free agent in two weeks’ time.

It seems as though the new deal was the best outcome for all involved, as Carlo admitted that he was ‘over the moon’ after the announcement was made. Carlo has been with the Bruins since being drafted at 37th overall in the 2015 draft. He only played 27 regular games last season, scoring three times and making one assist. Carlo also played eight times for the Bruins in the playoffs this season.

His best season to date came in the season before last, as he played 67 times in the regular season. During that campaign, he scored four goals and assisted 15 times to contribute 19 points. He also played in 13 playoff games in that season, recording one assist. The new deal certainly ensures that the Bruins will be among the shorter-priced selections to win the Stanley Cup next season.