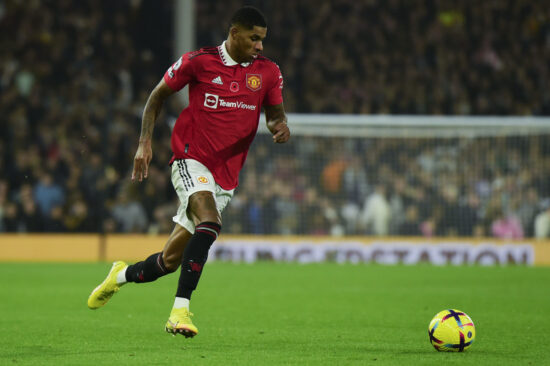 If you’re looking for the latest EFL Cup predictions and odds for Nottingham Forest and Man United, look no further than Vegas Odds.

Nottingham Forest do not belong in the semi-finals of the Carabao Cup. They can count themselves lucky to reach the final four, but that’s where their journey almost certainly ends. The reason is that they’re taking on the No. 1 favorite to win the EFL Cup, Manchester United.

It’s been more than 28 years since Nottingham Forest beat Manchester United the last time. They’ll have to do it again if they wish to book the ticket to Wembley Stadium where the 2023 EFL Cup Final is played.

We think it’s almost 100% sure such a scenario won’t play out. The thing is that not only is Man United’s roster way better than the one of Nottingham Forest, but the Red Devils are playing terrific soccer lately.

They did lose to Premier League leaders Arsenal last Sunday (3-2), but before that, they were undefeated for 10 consecutive games. They’re determined to get back to their winning ways ASAP, especially because a win on Wednesday would get them one step closer to silverware.

If they knock out Nottingham Forest, the Red Devils are going to play either Southampton or Newcastle for the 2023 EFL Cup. And they seem stronger than either of those two.

Their only duel in the 21st century saw Man United win 3-0. It happened a month ago at Old Trafford. Marcus Rashford was brilliant in that game, with one goal and one assist, and we feel as if he could do something similar on Wednesday.

The EFL Cup semi-final is a two-leg affair, meaning that there’s no pressure for Eric ten Haag’s men to win on Wednesday. However, we do think they’re going to try to do so. They’re going to aim for a big win so that they wouldn’t need to worry about the second game too much.