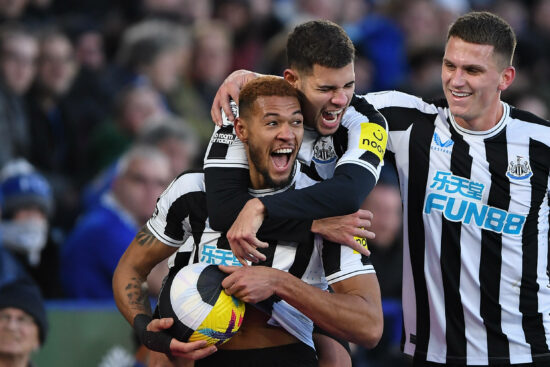 If you’re looking for the latest EFL Cup predictions and odds for Southampton vs Newcastle, look no further than Vegas Odds.

After beating Manchester City 2-0 in the quarter-final of the EFL Cup, Southampton now have huge expectations for the semi-final. They’re welcoming the in-form Newcastle on Tuesday at St. Mary’s Stadium. The second leg is played seven days later at St. James’ Park in Newcastle.

For both teams, the Premier League is an absolute priority, albeit for different reasons. Southampton need to step up in the Prem as they’re currently sitting bottom of the table. Meanwhile, Newcastle are flying really high in the league – they’re third right now.

Still, considering that they’ve reached the semi-final stage of the EFL Cup, it’s likely both are going to take this game seriously. This means that Tuesday’s game will basically come to this – the team with better players will win.

So, which team has better players? Newcastle is the answer. These guys are playing fantastic soccer lately, especially at the back. The Magpies have conceded only 11 goals in the Premier League, which makes their defense the best in the entire competition. Their defenders are also doing great in the EFL Cup, with just one goal allowed thus far.

Southampton, on the other hand, aren’t doing great defensively. Or at least they didn’t do well in the first three months of the 2022-23 season. However, since the start of the year, they’ve been more than okay at the back. The Saints conceded four goals in the five games they played in 2023, keeping a clean sheet on one occasion.

The game in question was the EFL Cup quarterfinal against Manchester City, which saw Southampton win 2-0.

The only way for Southampton to do well against Newcastle is to employ the same strategy as in the Manchester City game. They defended ferociously, looking for their chances from set-pieces and counterattacks. Man City played with a couple of reserves at the back (including backup goalie Stefan Ortega), so it’s no surprise that the Saints found the net twice that day.

This time, however, we don’t think they’re going to be as successful. Eddie Howe is bound to put his key men on the field on Tuesday. And these guys don’t allow goals easily.

The second leg of the Carabao Cup semi-final is taking place in Newcastle, meaning that Howe’s boys will get another chance if they mess things up in Southampton. But we don’t think they’ll mess anything up – they’re not going to lose this game. Still, we do think the Saints could hold them to a draw.