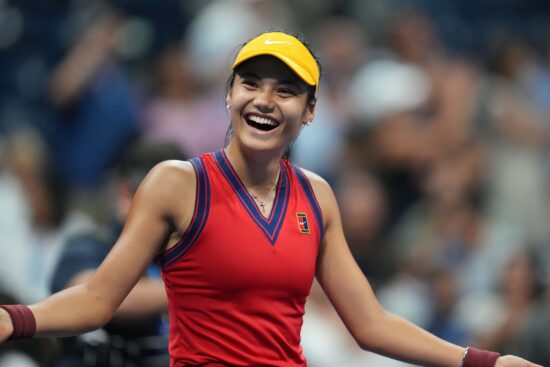 It seems that tennis got new queens, as youngsters dominate the ladies’ part of the competition. The US Open will have the honor to see two teenagers in the finals on Saturday night.

Leylah Fernandez and Ema Raducanu are about to write a new chapter in the history of this sport.

Check this out. In order to reach the finals, the 19-year old Canadian had to defeat Naomi Osaka, Angelique Kerber, Elina Svitolina, and Aryna Sabalenka. So that is four out of the top five favorites for winning this Grand Slam.

The match against Sabalenka was a drama, and like so many times during this tournament, Fernandez managed to keep her nerves in the defining moment and to beat the Belarus player. In the end, the result was 2-1 for the youngster, 7-6, 4-6, 6-4.

Even though she had much worse numbers in the statistical columns, Fernandes eliminated the biggest favorite for clinching the title before last night. Yet, the mental power of the Canadian sensation was what made the difference because she played all the important points perfectly.

The 18-year old Brit humiliated Maria Sakkari, leaving her five games in their matchup tonight, 6-1, 6-4. It was one of the most dominant displays for Raducanu, who still didn’t lose a single set at Flushing.

Not only that, but she wrote history on her way to the finals, becoming the first female player to do that after starting the campaign in the qualifications. It is something that hadn’t been seen up to this point.

And just to remind you, Raducanu was at 150th place in the WTA rankings before the start of the tournament.

We can say that she had easier opponents than Fernandez, but beating Sakkari and the Olympic champion, Belinda Bencic, without any trouble is pretty impressive, no matter the point of view.

This was only the second Grand Slam appearance for Raducanu, the girl who now has a chance to add another record to her name and stay written in all the history books forever.

The current odds are giving a solid edge to Raducanu, whose win is priced at -162. On the other side, Fernandez’s triumph is +145.

It could be that the reason for this is Raducanu’s path to the finals, where she had tougher challenges and showed much more resilience and durability than Fernandez.

Canadian player has more experience at Grand Slams, as this year’s US Open presents her sixth appearance at majors.

Still, all this doesn’t have to mean anything, but in these circumstances where there aren’t any recent head-to-head matchups between the two ladies, the bookmakers had to use something to release the odds.

The finals are set for this Saturday, at 4:20 pm ET. All the major networks will cover this event.