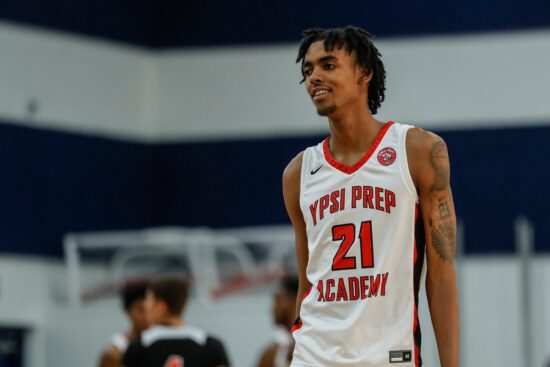 Emoni Bates, a 17-year old five-star recruit at the University of Memphis, has confirmed joining the Memphis Tigers Basketball ahead of the upcoming season. Memphis Odds to win the next year’s NCAA championships have henceforth shortened from +5000 to +1600. Bates announced after his name appeared in the University’s register.

I will be taking my Talent to Memphis

On an Instagram live broadcast, Bates said, “I will be taking my talents to Memphis.” He was later celebrated by a few friends and family while donning a Tigers baseball cap.

“I’m super excited the recruiting process is over. I’m ready. I’m about to lock in even more. I’m about to go turn up my Tiger fans….I just felt like coach Penny could prepare me for the next level.” Bates said while talking to Jeff Goodman after the announcement.

The University of Memphis updated their white pages with Bates school details, confirming he is an officially registered student with an email address.

Tigers will Host Bates and Duren

Emoni is yet to declare the news officially. Earlier in the month, he had said that he was likely to work with G League, Memphis, University of Oregon, or the Michigan State University. He will now play alongside his friend and former AAU teammate Duren. Jalen Duren is a 6-foot 10-center. Bates joins James Wiseman and becomes the 2nd highest-ranked recruit to join Memphis Tigers. Derrick Rose lies in third.

When asked about his relationship with Duren, Bates said, “It definitely affected it…Me and him always talk. We talked way before all this even happened. We said we want to play together. So, me and him are gonna rock out together.”

Bates looks upon the likes of Kevin Durant, a top NBA star. Bates played for his hometown, Ypsilanti Lincoln, and later Ypsi Prep, his family school. He also made an appearance at the USA Basketball training camp while he was a freshman.

Bates was not nationally popular until he landed on the Sports Illustrated cover page on November 4th, 2019. He later became the first sophomore to win a 35 –year old award in 2020, the National Gatorade Player. Bates made this achievement after an impressive average of 2.3 steals per game, 9.1 rebounds, and 33.1 points.

Emoni Bates’ decision to join the University was not popular. With Duren, you would expect they would kick off their well-set careers, which has a fantastic financial gain.

He said, “This is definitely huge for me. I’ve been able to show I can score my whole life…Going to college, I want to show I can do everything, and Penny is going to help me do that.” He added that “I was going to go to the place based on the best fit for me, no matter what it was. Whatever was going to fit my game and help me grow as a player, that’s where I was going.”