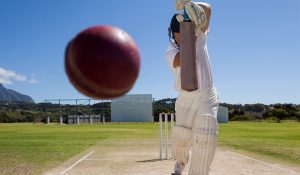 England comfortably beat West Indies by eight wickets at Southampton, as ICC World Cup 2019 received bright sunshine after days of incessant rain. The match was tipped to be a face-off between quick bowlers of England and West Indies.

While the England fast bowlers did their job, the West Indian quicks had an off-day. Joe Root scored his second century of the tournament in the process.

England won the toss and chose to bowl first. Chris Gayle showed glimpses of his swashbuckling best as West Indies registered a decent enough start. By the 30th over, they had reached 144 for 3, with in-form Nicholas Pooran and Shimron Hetmyer being at the crease. Andre Russell and the rest of the big hitters were to follow. A score in excess of 300 was on cards.

England Canter to the Target

England suffered two big blows on the field, despite the impressive bowling performance. Their skipper Eoin Morgan and opener Jason Roy both suffered injuries and were unavailable to bat. Had West Indies made early inroads, England could have been in trouble. But the English batsmen had no such ideas.

Joe Root, promoted to the opener’s slot, relished in the new role. He shared a 95-run partnership with Jonny Bairstow and then a century partnership with Chris Woakes, who was a surprise package at number 3. Root remained unbeaten on 100, as England wrapped up the match in 31.5 overs.

This was an emphatic performance from England, clearly trumpeting their title credentials.

Morgan talked about the team’s performance and injury worries during the post-match presentation:

“It’s a bit sore at the moment. Jason Roy has potentially tweaked his hamstring. He’s gone for a scan and we have to see it for the next 48 hours. I’ve had back spasms in the past and we have to see over the next 24-48 hours. Everybody in our squad is vital, and we don’t want injuries. I think we had a really good day at the office today. The way the bowlers stuck to plans on that surface was outstanding.” 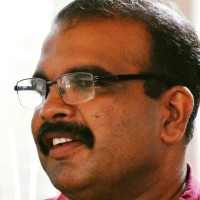 Niji Narayan Niji Narayan has been at the forefront of cricket news for over a decade, with a mastery over copy editing and the world of cricket journalism.