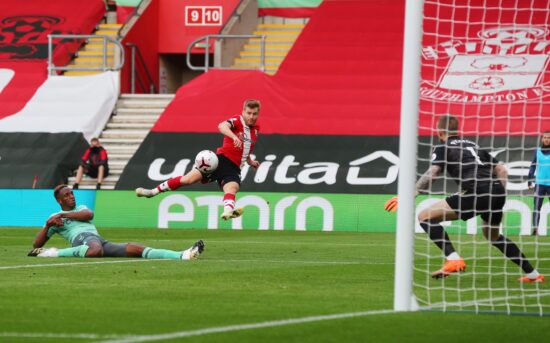 English Premier League saw lots of action over the past few days, with two gameweeks taking place on short notice. There was a lot of material for our Winners and Losers column, so stay with us and see which teams profited, and which ones lost the most during this double round.

The Hammers posted two wins, and are riding on their best start since establishing the Premiership. David Moyes has done a wonderful job, and the team from London looks capable of reaching the European stage after a long time.

Two wins in the two latest games put the spotlight on this unit. At first, they narrowly defeated Burnley, 1-0, and after that added another three points against West Brom, 2-1. This you need to acknowledge, as well as their seventh place in the standings, having just two points fewer than Liverpool, in the fourth spot, the last one that leads to the Champions League.

With a game in hand, the Citizens are sitting second, two points behind their nemesis and the local rival, United. They could jump back to the top of the standings pretty soon, especially if they continue to play like this.

Guardiola’s machinery hasn’t lost a competitive match since November and is in one hell of a series with nine consecutive wins across all competitions.

At first, they have survived Anfield, getting out with a draw against Liverpool, and after that, managed to come back from behind against Fulham on the road. Therefore, it can be said that United had a nice weekend.

They are the league leaders, as said before, and have 13 matches in the EPL without a loss.

The Reds have one of the world’s best attacks, yet they couldn’t score in the previous four Premiership matches. It would cause a five-game winless skid and a drop to fourth place, six points behind United.

A defeat at home against Burley is a slap in the face after which Klopp needs to react; otherwise, it won’t be good for the champs. We see some cracks in the chemistry already now.

Nuno Espirito Santo’s side is in the biggest crisis since he sat on the bench of the team from Molineux. They are without a win for six straight EPL games. But to make it even worse, the latest two defeats came at home, to Everton, 1-2, and the sorry WBA, 2-3.

Even though it might sound crazy, they could end up in the relegation zone if this trend continues. The gap between them and Fulham, who is 18th, is significant, but still, the Wolves need to be better.

The Magpies haven’t scored a goal in six of the previous seven matches in all competitions. They are seven points above the red line, but at the moment, their game is atrocious. It is no wonder Steve Bruce is one of the top favorites for losing his job by the end of the month.

Newcastle lost to Sheffield United, who posted its first win of the season in this match, and that should tell you enough about the state this team finds itself currently. You can expect to see some radical changes at St. James Park pretty soon.