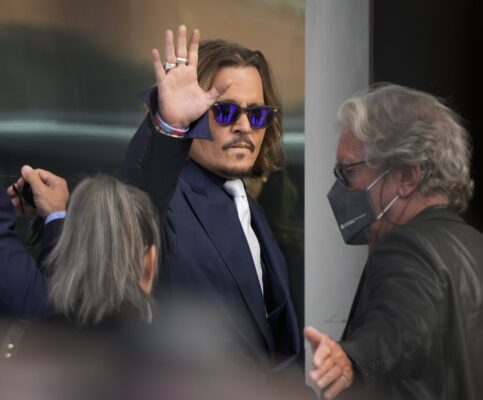 The Depp-Heard saga is over, with Johnny Depp coming out much cleaner from the entire roller coast than his former partner. We’ve seen all sorts of things during the trials, arguably the biggest in this century.

The focus of the media, in their case, is shifted from the past to the future, with speculations regarding their potential partners filling the media headlines.

For the moment, the eccentric billionaire has the best odds of becoming Heard’s next partner. The odds are at +1000, but we don’t think like the bookmakers here. Musk hasn’t been involved in the trial nor did he want to give some comments like other celebrities, though his political views and his stances on certain questions are far more different than Heard’s.

Still, having him in the mix is raising the publicity, and it would be spectacular to witness him and Heard together. Though this is the USA; everything is possible.

The next person on the list is Andy Muschietti, the Argentinian filmmaker who is one of the most influential in the world right now. The odds of him and Heard getting together are at +1600.

Musk and Muchietti are the only two persons with reasonable odds here. All the others are far behind, and we are going to mention some of the most exciting options for Amber Heard’s next partner.

For instance, Kourtney Kardashian is +4000 and is third on the list. Knowing the Kardashian’s desire to be in the center of attention, we could see some deal between the two divas and a publicity stunt that would immediately put them under the spotlight.

Tom Cruise appears as well, +10000, Ben Affleck has the same odds as well as Kate McKinnon.

Just to remind you, Heard recently got out of the relationship with Bianca Butti, an American actress and a professional cinematographer.

Unlike in the previous case, the odds on Johnny Depp’s next partner are much longer. For instance, Sherilyn Fenn, the first name on the list, is +4000. This 57-year-old, who had a huge role in Twin Peaks, was already in a relationship with Depp from the late 1980s to the mid-1990s and was his fiancee.

Heard is next on the list at +5000. Even though they’ve gone through a lot, it wouldn’t be odd to see them back together. Why? Well, the line between love and hate is very thin, and even though they both have negative emotions toward one another, they are still strong and fresh.

Other names on the list are Shakira +7500, Depp’s former partners, Winona Ryder and Vanessa Paradis +10000, as well as Jeniffer Aniston. Charlize Theron appears in the mix, at +20000, just as Kylie Minogue.

According to the latest news, Depp is reportedly dating one of his lawyers who represented him during the trial with Amber, Joelle Rich. These are all rumors, but where we have smoke, there is usually some fire.