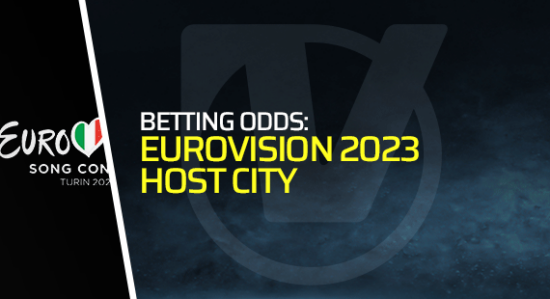 It was announced earlier this month that Ukraine would not be able to host Eurovision 2023. The announcement came after talks between the Ukrainian government, Suspline, and the EBU. It was determined that the country could not offer participants the safety requirements necessary to host the music contest. Therefore, the betting markets opened on the leading sportsbooks for the host city of the event in 2023.

Will The Event Take Place In The United Kingdom?

It has been greeted by a warm reception by many, including Downing Street, who also vowed to honor Ukraine’s heritage, creativity, and rich culture throughout the show. No country has hosted Eurovision more regularly than the UK, as the country could be hosting the event for the ninth time. However, the contest hasn’t been staged in the country since 1998.

Which Cities Are In The Running?

A number of locations have already put themselves as potential hosts for the event in 2023. Glasgow was among the first to throw its hat into the ring, with First Minister Nicola Sturgeon admitting that the OVO Hydro would be a perfect venue for Eurovision. The arena certainly holds an affiliation to the contest, as it was used to film ‘Eurovision Song Contest: The Story of Fire Saga’ starring Will Ferrell.

Manchester has also been quick to add that they would be looking to host the event. The city has the biggest Ukrainian population outside of London, and is also home to BBC’s Eurovision HQ. There are two concert arenas in the city, and its rich musical history would make it a very obvious contender.

Birmingham already has huge hosting responsibilities this year with the Commonwealth Games taking place in the city. With the Utilita Arena and Resorts World Arena both more than capable of hosting the event, it’s no surprise that the Second City will be among the leading contenders. Birmingham was the last city to host the contest in the UK back in 1998.

Liverpool has also declared an interest, with many fans claiming the rich history of music from the city makes it the obvious choice. However, Brighton may also be a leading contender after hosting potentially the most significant contest back in 1974. Legendary Abba won the 1974 contest with ‘Waterloo’ when Brighton previously held the contest.

No decision will be rushed by the EBU, which means we could be a long way from finding out which city will be hosting the event. However, we could see Manchester being a solid contender due to their strong connection with Ukraine. Meanwhile, Graham Norton hosting the event is a no-brainer, as he is synonymous with the event in the host nation.