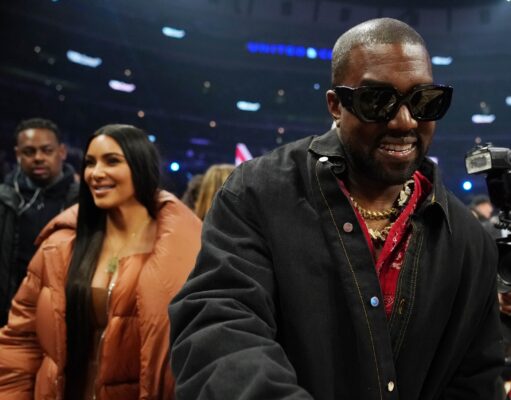 After dating comedian Pete Davidson for nine months, Kim Kardashian is single again. According to the reality megastar herself, starting another relationship isn’t her priority at the moment.

Speaking to James Corden in a recent episode of the Late Late show, Kim revealed she’s not using any dating apps nor she’s asking her friends to set up a date for her.

The mother-of-four who’s turning 41 in October wants to take it slowly this time in order to find the perfect partner.

Discussing her future love interest, Kim half-jokingly said she needed to change her dating strategy. In the past, Kim dated rappers, athletes, actors, and other guys involved with show business. This time, however, she’s considering looking for a partner someplace else.

I think it’s going to be scientist, neuroscientist, biochemist, doctor, attorney. That’s maybe what I envision in the future.

Kim said about her potential partner.

Oddsmakers, however, don’t think she’s being completely honest. Judging by the Vegas odds on “Who Kim Kardashian Will Date Next,” it’s most likely her next partner is going to be another celebrity.

Oddsmakers from BetOnline.ag suggest that the most likely candidate for Kim Kardashian’s next boyfriend is Van Jones. However, our advice is to stay away from that bet. The political commentator just isn’t her type, nor is the other way around.

In fact, the explanation why he’s gotten the shortest Vegas odds is that Kim appeared on his Uncommon Ground podcast, which sparked rumors about the two dating. However, both have since dismissed those claims.

Nick Cannon is second on the list, but think he’s got a much better chance of winning Kim’s heart. Or should we say “win Kim’s heart again” – the two used to date back in the early 2000s.

Another Kim K ex who’s seen as a possible candidate to date her again is Ray J, with whom she filmed the sex tape that practically turned her into a superstar.

Speaking of Kim’s exes, her ex-husband is also one of the main candidates in the eyes of the bookies.

Kim and Kanye were married for seven years, during which period, they had four children. The two divorced in 2021, but they still apparently haven’t gone over each other. At least, that seems to be the case with Kanye.

Just take a look at his latest music video and you’ll see him smashing a claymation figure of Pete Davidson, the man Kim dated after divorcing Kanye.

Bookmakers aren’t too sure a Kim-Kanye reunion will actually happen, giving the Vegas odds of +2200 on that scenario. Still, we do think that’s a good bet. After all, it can bring you a $220 profit on a $10 bet.