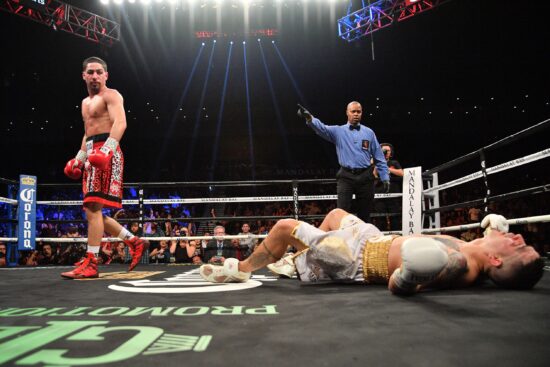 It has been 12 months since we last seen IBF and WBC welterweight champion Errol Spence Jr in a boxing ring. Since then, he was involved in a car crash in Dallas, and there are questions about whether the injuries picked up during that fateful night could have an impact on his in-ring abilities. We will find out this weekend.

Spence Looking To Get Back On Track

This will be a huge night in the career of Errol Spence Jr, as he looks to do his talking in the ring. Some have questioned whether he will be the same fighter as the one that was involved in a fight against Shawn Porter in September 2019. However, he has consistently stated that there have been no lasting effects from a crash in Dallas, which left him with facial lacerations. His record is a brilliant one, as he has won all 26 previous professional bouts, which has included 21 wins by knockout.

His most recent victory against Porter was a tight one, as he claimed the victory by split decision after a thrilling 12 rounds in Los Angeles. The win saw him claim the WBC title, and a win this weekend could see him on a collision cause with either Terence Crawford or Manny Pacquiao as a unification bout could be close. Spence is seen as the third best pound-for-pound boxer on the planet by BoxRec, and he will be looking to further his claims of being number one in this eye-catching fight.

Danny Garcia has been one of the biggest stars in boxing since landmark wins against Erik Morales and Amir Khan. He dominated the light welterweight division from professional debut until 2014, as he held the WBA (Super), WBC and The Ring titles. However, after going 29-0 he decided that he would step up and compete in the welterweight division to become a two-weight world champion.

It hasn’t been without its hiccups to this point, as he has suffered the first two defeats of his professional career against first, Keith Thurman in 2017 and Shawn Porter in 2018. He did become a two-weight world champion in 2016 with victory over Robert Guerrero, but he lost the WBC title against Thurman just over a year later. Since that defeat against Porter, Garcia has won his last two. He beat Adrian Granados by TKO in the seventh round in 2019, before returning to the ring in January to beat Ivan Redkach by unanimous decision.

Fights don’t get much bigger than this, as two established names in boxing that have dominated throughout their careers go head-to-head. Garcia has the skills to trouble the best, but Spence’s dominance in this division during his career is unquestionable. The reigning champion will regain his titles, and a huge unification bout could be next on the agenda.