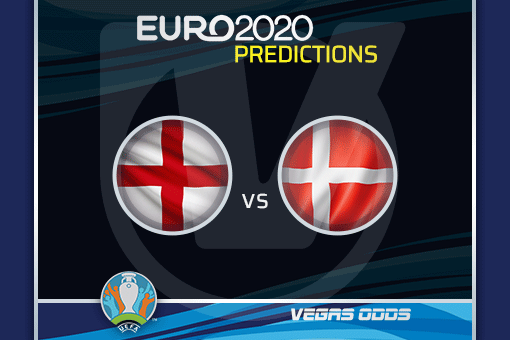 It is a saying that England fans say tongue in cheek in the build-up to every tournament, but there is a growing feeling that football could really be coming home this summer. However, before the Three Lions can get too carried away, there is a testing semi-final test against a talented Denmark to navigate.

Going into EURO 2020, confidence was high that this crop of England players could produce something special. However, nobody could have foreseen just how far this England side have come in such a short space of time. There were questions defensively before the tournament got underway, but they have been answered efficiently, as the Three Lions are yet to concede a goal in five games this summer. The Three Lions are only the second team to have achieved that feat in the EUROs, with Italy in EURO 90 being the only previous nation.

There is a sense that England are hitting form at the right moment, as they have scored six goals in their previous two games. Last week’s history-making 2-0 win over Germany was the perfect confidence booster, before they dominated their quarterfinal clash with Ukraine to win 4-0. Harry Kane scored twice in that win, taking his tally for the tournament to three. Harry Maguire’s return has been pivotal for England, and the Manchester United captain also got himself on the scoresheet in that huge win.

Denmark would have likely been the nation that England would have been keen to avoid in their half of the EURO draw. The Danes got off to the worst possible start, as they watched on as their talismanic attacking midfielder Christian Eriksen collapsed against Finland in their opener. It didn’t get much better in their second game as they were beaten by Belgium.

However, they showed all their character to become the first nation to qualify for the knockout rounds to beat Russia in front of a frantic crowd in Copenhagen. That momentum continued in the next round with a dominant display against Wales, as they ran out 4-0 winners. It was a more nervy game on Saturday, as they were made to sweat against the Czech Republic before claiming a 2-1 victory. Their form couldn’t be any stronger, and that makes this a potential banana skin for England despite having home advantage.

England and Denmark have met on 21 previous occasions in international fixtures. The Three Lions have won the majority of the games, recording 12 wins. However, Denmark have picked up positive results against England in the past 12 months. They drew with England 0-0 in Copenhagen, before beating the Three Lions at Wembley in a Nations League fixture in October last year.

The stakes couldn’t be bigger for this semi-final showdown at Wembley on Wednesday. Denmark have done an extremely good job to reach this stage of the tournament. However, we expect their magical run to come to an end against an England side that are so high in confidence at present.