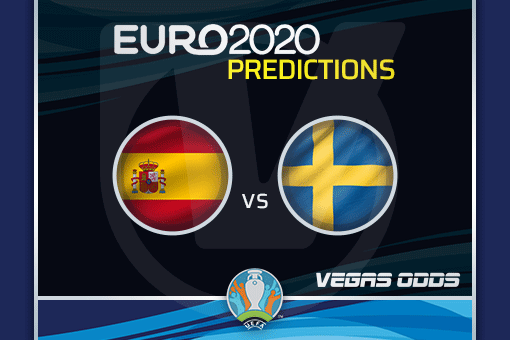 There is no rest on Monday for teams in the EUROs, as the remaining teams in Group D gets their campaign underway, while 2008 & 2010 champions Spain get their tournament underway with a tricky fixture against Sweden.

The day that all Scotland fans have been waiting for finally arrives on Monday afternoon, as they make their long awaited return to the global stage. Steve Clarke’s side will be looking to get off to the perfect start, especially considering the grudge match against England is creeping into sight.

The Scots qualified for the EUROs after beating Serbia in a penalty shootout, and have grown into a useful side ahead of the start of the tournament. They kick off against Czech Republic having won two of their previous three. It was a sign of how far they have come as a team that they were within a couple of minutes of beating the Netherlands in one of their warm-up games.

Czech Republic will have a difficult challenge to get out of this group, as they have underperformed in the games that they have played recently. They were well-beaten by Italy 4-0 in their first warm-up game, before they edged a 3-1 success against Albania. There is still quality in this side, but whether it will be enough to get them through is unlikely.

This will be a huge night in the history of Scottish football, and a rocking Hampden Park is likely to be a big factor, as Scotland kick off EURO 2020 with a massive three points.

Robert Lewandowski will be carrying the hopes of a nation for Poland throughout this competition, and they will be hoping to get a first three points on the board against Slovakia.

Poland have failed to win their last three, but were excellent when qualifying for the tournament. They won eight of the ten games that they played in Group G, and scored 18 goals. Lewandowski chipped in with six of those goals, and he will be the danger man once again.

Slovakia needed a play off to get to the EUROs, after they finished their group in third. They rode their luck slightly to reach the major tournament as they needed penalties to see off the Republic of Ireland, and an extra half an hour to beat Northern Ireland.

These two sides will be fighting for second place in the group at best. Poland should have a good chance of getting off to a good start, providing that Lewandowski is at the top of his game.

The two sides that many expect to progress from Group E will meet on the opening night, as Spain host Sweden. The build-up to the tournament hasn’t been without its problems for the Spanish, as there are doubts surrounding a number of first-team players that have tested positive for COVID.

Spain are one of the heavyweights that few people are talking about coming into this tournament, and that could make them a potentially dangerous side to come up against. There have been flashes of excellence for Luis Enrique’s side, as they thrashed Germany 6-0 before the winter break. However, a sign of their problems was evident in a recent 0-0 draw against Portugal, as they lack a number nine to put the ball in the back of the net.

Sweden have also had problems with a growing number of COVID cases in their camp, but they come into the tournament with some strong form behind them. They finished second in the same qualifying group as Spain, but have won their last three. However, they haven’t beaten a similar quality of opposition in their warm-up games, with their most recent win coming against Armenia.

This could be a cagey opening night for Spain and Sweden, as neither side will want to get off to a bad start. However, the Spanish should have the quality to steal a win.