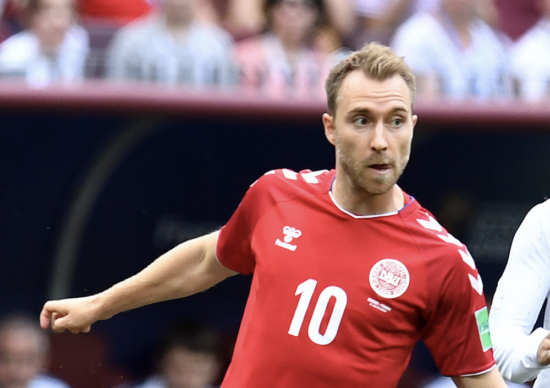 With three matches crammed into yet another exciting schedule, Saturday saw some of soccer’s most talented stars on display.

Wales, led by Real Madrid star Gareth Bale, kicked off day two as they faced a difficult Switzerland side.

Despite falling behind early into the game’s second half, the ‘Red Dragon’ fought back well and eventually bagged a well-deserved point following a crucial equalizer from striker Kieffer Moore.

Elsewhere, the second game of the day saw Denmark play Finland which was cast under a major cloud following a serious injury to midfielder Christian Eriksen.

Soccer World Comes Together in Support for Denmark’s Eriksen

Something you never want to see – Denmark and Inter Milan midfielder Christian Eriksen collapsed moments before half-time vs. Finland.

Suffering from a condition that was a clear medical emergency, doctors, and other healthcare members, immediately rushed to the player’s aid.

As the cameras kept rolling it quickly became apparent that the situation was extremely serious.

Requiring resuscitation, fans at home, as well as those in attendance, watched on with anxiety as the player’s situation became increasingly more concerning.

After several minutes, the midfielder was stretchered away and sent straight off to a local Copenhagen hospital.

An official statement from governing body UEFA quickly ensued, confirming that Eriksen was alive and in what has been described as a ‘stable’ condition.

Amazingly, not long after, another statement followed, confirming that Saturday’s game between Denmark and Finland would recommence at 15:30 ET, having been initially postponed.

Group A: Wales vs. Switzerland

Group B: Denmark vs. Finland

Group B: Belgium vs. Russia

Next Set of Fixtures (June 13)