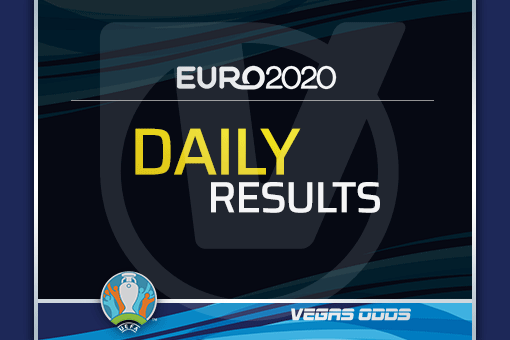 As teams prepare to compete in their final group stage games throughout this summer’s Euros 2020, day 10 saw four fixtures played across Groups B and C.

Ukraine and Austria faced off in a game that was effectively a shootout to decide which country would automatically qualify for the knockout rounds.

Despite the magnitude of the game, Ukraine failed to turn up as they put in a poor performance in a game which saw the Austrians run out 1-0 winners.

Elsewhere, North Macedonia, who were already well out, took on the high-flying Netherlands in a game that saw Georginio Wijnaldum net a brace during a 3-0 win.

Russia played Denmark in a tense Group B game which eventually ended 1-4 to the Danes, including a wonder strike from Chelsea defender Andreas Christensen, and Belgium faced and beat Finland 2-0.

If the net wasn’t in place, Andreas Christensen’s strike against Russia would still be travelling.

The Danish defender’s second half rocket against Russia heaped the misery on both his opponents and fellow Group B contenders Finland.

Despite smashing in four, centre-back Christensen’s thunderbolt was easily the pick of the bunch.

After dedicating his goal to his stricken team mate Christian Eriksen, Christensen’s goal was particularly poignant.

Group B: Russia vs. Denmark

Group B: Finland vs. Belgium

Next Set of Fixtures (June 22)