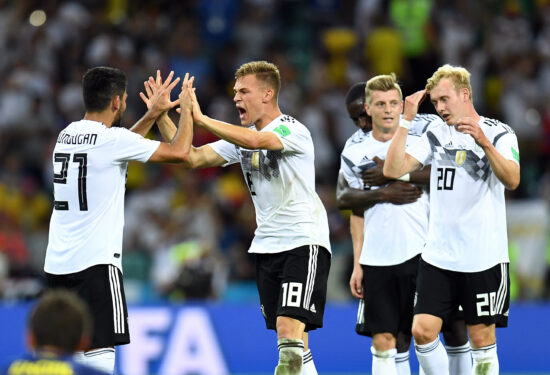 Wednesday signalled the end of the competition’s group stage and what a climax it was!

The two early kick-offs saw high-flying Sweden take on Robert Lewandowski’s Poland in a game that saw five goals as the Swedes ran out 3-2 winners.

However, despite the earlier goal fests, it was the two later kick-offs that saw the Euros really come to life.

Dubbed ‘the group death’, Group F’s final round of fixtures saw all four teams eligible to qualify so long as the results went their way.

With three spots in the knockout rounds up for grabs, including one of four best-placed third slots, it was all to play for France, Portugal, Germany, and Hungary.

Shockingly, Hungary came within touching distance of pulling off the tournament’s biggest upset. After taking an early lead against Germany, all the pressure was suddenly on the DFB-Elf.

However, despite two goals in just one minute in the second half, it wasn’t to be for the Hungarians who eventually bowed out following a tense 2-2 draw.

Elsewhere, the same scoreline played out between France and Portugal after a brace from both Karim Benzema and Cristiano Ronaldo.

The group’s final standings now mean France, who finished top will face Switzerland in the Last 16, Germany will take on England, and Portugal will square off against Belgium.

Following their exceptionally late showing against Hungary, Germany, who narrowly qualified in second spot now know their Round of 16 fate.

The game, which is likely to be the pick of the next round’s bunch, will be a re-run of Euros 96′ semi-final which also saw the Three Lions host Germany.

Germany’s first knockout match against England is scheduled to take place on June 29 and will kick-off at 14:00 ET.

Next Set of Fixtures (June 26)