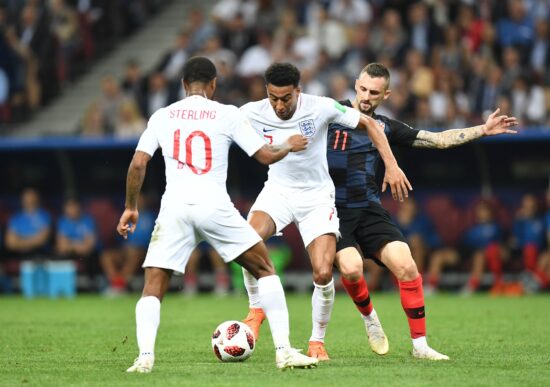 Group D was on the menu today, with two matches taking place, one at Wembley and the second at Hampden Park.

England and Croatia, the two teams that met in the semifinals of the last World Cup, progressed to the knockout stage, defeating their respective opponents.

We are now more than positive that the English team doesn’t have any chances of winning the EURO 2020 title if they continue to play like this.

Tonight’s 1-0 win over the Czech Republic delivered them first place in Group D, but it didn’t impress anyone. Furthermore, many of the English fans went home heavily disappointed.

Raheem Sterling was the only scorer in London. His hit came after 12 minutes of play, as Jack Grealish’s superb cross to the far post met with Steerling’s header, which sent the ball into the empty net. This was the second EURO 2020 goal for City’s forward.

Up until that point, England was much better, and Sterling struck the post in the opening few minutes. However, as soon as England scored, they would go back, decreasing the tempo of play and allowing the Czech’s to catch their breath.

On a couple of occasions, the guests threatened pretty dangerously, but luckily for the English side, their attempts didn’t change the result.

The second 45 minutes were hard to watch, with the game taking place mostly between the boxes and with England trying to delay the game as much as possible. For some, that might be a legit way to win matches, but we are not sure that it might work against other title candidates.

Southgate’s boys finished first in this assembly and await the second-placed team from Group F – Portugal, France, or Germany.

The Croats gave a lesson to Scotland on how to play in big matches. Zlatko Dalic’s boys defeated the nominal guests at Hampden Park, 3-1, thus securing second place in Group D and a place in the knockout stage.

They took the lead early on through Nikola Vlasic. CSKA Moscow’s player opened the show in the 17th minute. Yet, Scotland replied, as Callum McGregor hit the back of the net, three minutes before the end of the first half. It appeared that the Scots might flip the result at that point, but it turned out to be the only bright moment for them in this match.

Croatia was much better in the second 45 minutes. They were dictating the tempo and constantly creating problems for the opponents, resulting in a spectacular goal of Real Madrid’s midfielder Luka Modric, who sent a rocket in the 62nd minute. Modric hit the ball with the outside part of his foot, producing one of the most beautiful goals of the entire tournament so far.

Some sixteen minutes later, Ivan Perisic put an end to this event, delivering his second goal at this EURO, and setting the final result. Croatia will play with the second team from Group E – Spain, Poland, Slovakia, or Sweden.

The Czech Republic progressed as third-placed, and their rival will be known after tomorrow’s matches.