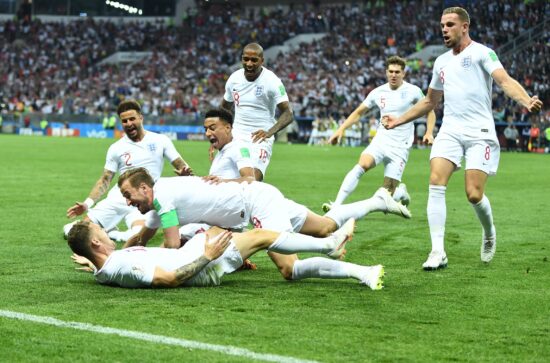 We now know both pairs of EURO 2020 semifinals. After Italy and Spain, Denmark and England will fight for the title game.

We’ve seen two excellent matches in Baku and Rome, and may we say that the winners fully deserved their place among the top four European teams.

Yesterday the Danes defeated the Czech Republic, 2-1, securing their place at Wembley and setting another clash with England, who would later smash Ukraine.

Thomas Delaney and Kasper Dolberg scored a goal each in the first half knocking out the rivals, and setting the pace of the match. The Danes were much better than the Czechs in the opening 45 minutes, and even though the Czechs came back in the latter part of the event, Denmark fully deserved to win.

Delaney would hit the back of the net following a corner kick in the fifth minute of the match. It was a shock for Jaroslav Silhavy’s team, who did recover from that but not enough to strike back.

Three minutes before the half-time break, Maehle made one perfect cross towards Dolberg, who routinely scored from the goalkeeper area.

Patrik Schick added another goal to his tally, four minutes into the second half, tied with Cristiano Ronaldo in the top goalscorer list. The Czechs continued to attacks until the end, but without any notable changes, as Danes defended perfectly.

Denmark reached its best result since 1992 once they won the championship, replacing Yugoslavia who was suspended due to political reasons.

In maybe their best game at EURO 2020, England demolished Ukraine, 4-0, setting the fans on fire before the semifinals at Wembley.

Tottenham’s striker, who wants to leave the club, opened the show in the fourth minute of the game, stunning the rivals who didn’t know what hit them. Five minutes into the second half, it was Kane again, further extending Ukraine’s nightmare.

In the meantime, United’s Maguire scored in the 47th minute of the match, while Liverpool’s captain Jordan Henderson added one goal following his entrance to the pitch.

Ukraine couldn’t do anything, even though they fought bravely. England were far more decisive in the final third and scored their goals at key moments to crush their opponent’s spirit.

The Three Lions are now getting back home, ready to grab what might be the biggest chance in their history to win the competition. The euphoria is massive, but the other teams as well have ambitions similar to England’s.