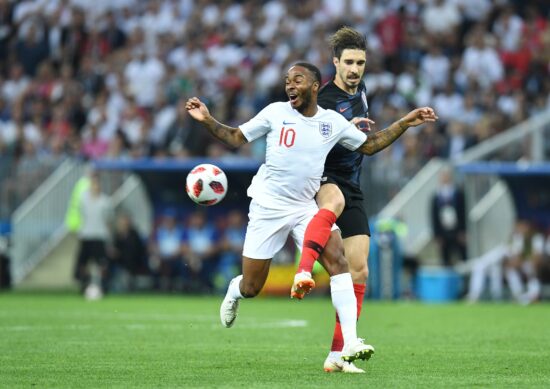 Day Three of the Euros saw three across two groups. In Group D, England faced Croatia, while the two matchups of Group C were Austria vs North Macedonia and Netherlands vs Ukraine.

The first match of the day was played at Wembley, where England were hoping to get their revenge against the team that knocked them out of the World Cup three years ago.

They started the match in top gear, dominating the first half but failing to find the net. Twelve minutes into the second half was one their efforts paid off.

The man of the moment was Raheem Sterling, whom many though wasn’t even going to feature in the game following not-so-impressive form in Manchester City. For instance, the 26-year-old scored only one goal for the Sky Blues in more than three months.

But he scored this time, taking England to their first-ever victory in the opening round of the European Championship.

England wasn’t the only team to make history on Sunday. By beating North Macedonia 3-1, the Austrians ended their win draught that lasted for 31 years.

In the final game played on Sunday, we saw the Netherlands almost throwing away a two-goal lead. The score was 2-0 for the Dutch until the 75th minute. In the space of only four minutes, Ukraine got themselves two goals, making it 2-2.

Then, an unlikely hero stepped up. PSV’s defender Denzel Dumfries scored his first goal for the Netherlands, which proved to be the match-winner.

Next Set of Fixtures (June 14)