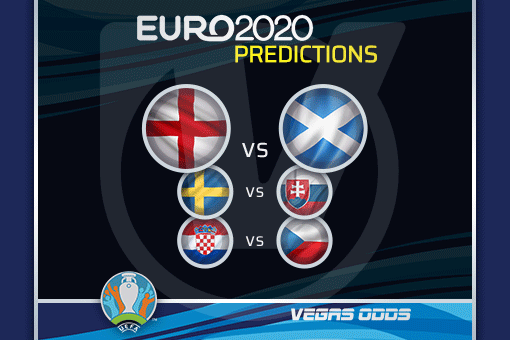 Sweden and Slovakia both would have been delighted with the opening games that they had in Group E, but the Swedes will be hopeful of getting a first win on the board on Friday afternoon.

The Spain/Sweden game on Monday was a strange affair, as fans would have been forgiven for thinking that both sides could have considered themselves unlucky to come away without the win. Spain dominated the play, as they boasted 86% of the possession. However, it was Sweden that had the best chances in the game, including Marcus Berg’s stunning miss from close range.

Opening day for Slovakia couldn’t have gone more perfectly, as they claimed the first big surprise of the tournament by beating Poland. However, they were the better side throughout. Milan Skriniar scored the winning goal in the second half, but it should be applauded how strong they were defensively to keep Bayern Munich’s Robert Lewandowski quiet throughout the game.

Both sides looked very defensively strong in their opening games. Therefore, the under 2.5 goals bet could be the wisest selection for this match.

The other game in Group D on Friday evening will see the Czech Republic look to make it two wins from two against Croatia at Hampden Park.

The Czech side were in excellent form in their opening game of the group, as they looked in complete control of the game. Patrik Schick was the decisive factor in the end, as he scored either side of half time to give the away side the points. His second goal was a moment of magic, as he deliciously chipped keeper, David Marshall from just inside the Scotland half.

Croatia have a huge challenge ahead of them should they fail to win this game, as their hopes of qualification would be almost over. They were slightly underwhelming against England at Wembley on Sunday, as they lacked any punch in their attacking play. They can’t afford another slow performance on Friday evening against the Czech Republic.

Czech Republic were excellent in their opening game, and it is fairly clear that they have a number nine in form that other nations can dream of having. It may not be as great of a shock as it would have been at the beginning of the tournament, but we expect the Czech Republic to take the win in this game.

The game that all soccer fans have been waiting for at the EUROs takes place on Friday evening, as England and Scotland clash at Wembley. The game will come just a few days after the anniversary of their meeting at the same stadium at EURO 96, which saw England run out 2-0 winners.

The Three Lions will be the clear favorites in the betting to beat their old rivals on Friday night, as they built momentum with a hard-fought opening day win against Croatia. It wasn’t exactly breathtaking stuff from Gareth Southgate’s side, but there was enough evidence to suggest that they have learned their lessons from the 2018 World Cup. England were excellent in the midfield, and this will be another stern test for Kalvin Phillips and Declan Rice. Raheem Sterling scored the only goal in the win against Croatia.

As for Scotland, they kicked off their campaign with a disappointing defeat against the Czech Republic. The Scots were certainly in the game for long stretches, but a wonder goal from Patrik Schick ended their hopes of getting back into the game. Scotland didn’t really need many more reasons to turn up for this match, but that opening defeat means that they are on the brink of elimination.

This is the oldest international fixture in world football, with the first game between the sides being played in 1872. The recent meetings have been dominated by England, as they have won three of the previous four. It should be a thrilling battle, but the Three Lions should come out on top.