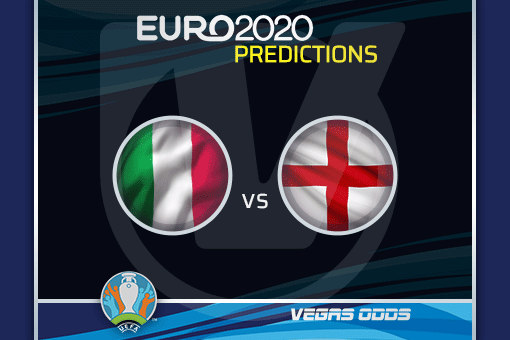 The culmination of the European championship is this Sunday night at Wembley, where Italy meets with England. The two powerhouses are about to decide the best team on the continent and bring massive joy to their fans. We are not expecting to see some appealing football, but it will be interesting and exciting, be sure about that.

Since Roberto Mancini took over the Italians, we’ve witnessed a remarkable transformation in their game. From being one of the dullest teams to watch, with an ultra-defensive approach, Azzurri became arguably the best team in the world, whose results are a product of a fantastic offense.

Italy scored 12 goals at EURO 2020, with six players delivering two hits apiece. It is the perfect stat for picturing how this team plays. Even though Ciro Immobile stands as their No.1 attacker, all the players are capable of scoring, and that is what makes Italy so strong. If you noticed, Mancini has been very keen on mixing the lineup, and making subs which was more than effective on a couple of occasions.

On the other hand, the defense is solid as well, and even though they allowed a goal in each knockout stage game, it needs to be credited as well.

The Three Lions are playing at home, and they will have at least 60,000 fans cheering for them. However, knowing the history of the English national team, these types of situations are problematic for them. Pressure is England’s worst enemy throughout history, and it wouldn’t be odd to see it ruin their plans again.

Their biggest strength in this championship is defense. They would allow just one goal, and that was against Denmark in the semis, from the free-kick. Other than that, Josh Stones and Harry Maguire, along with the rest of the backline, have been flawless.

Upfront, Harry Kane and Raheem Sterling take care of the business. City’s attacker was the main man during the group stage, while on the other side, the captain turned up the engines in the knockout stage, scoring four goals in three events.

Throughout history, these two nations have played 37 matches, and Italy has more success, winning 11, while England has eight triumphs. The rest of the matches saw no winners.

The most recent one was in 2018, a friendly international that ended 1-1.

Italy vs. England Pick and Prediction

This is the finale, and we won’t see beautiful and enjoyable football, but a hard and rough match, with two very cautious sides. That is why we predict under 2.5 goals.