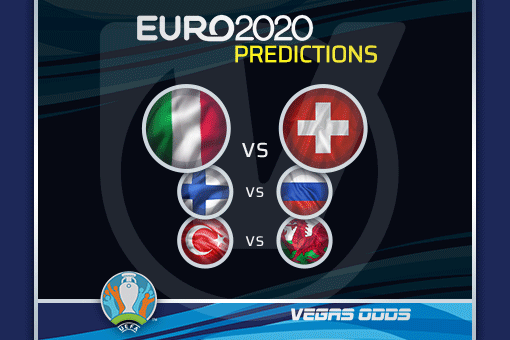 Finland started EURO 2020 with a win, but that success was massively overshadowed by the scenes at the end of the first half as Christian Eriksen was rushed to hospital. The Dane is stable in hospital now.

The argument of whether the game should have continued is up for debate, but Finland took full of advantage as they managed to steal a win. They had just one shot, and one shot on target in the game, and that resulted in the match-winning goal from Joel Pohjanpalo.

Russia endured a humbling opening night in the EUROs, as they were hammered 3-0 by Belgium. In truth, Russia were never in the game, and managed to have just 33% of the ball, and hit one shot on target. This isn’t as daunting of a task in their second game, but they lack any sort of momentum.

These national sides match up equally, which makes it a challenging game to call. However, neither score many goals in their games, which means the under 2.5 goals bet could be a solid selection.

Turkey and Wales both started EURO 2020 without a win, but both nations will be looking to end that wait in this second group game. A victory for either would leave them in a strong position to make the next round.

Despite being played up by many as a leading dark horse in the EUROs, Turkey were ruthlessly swatted aside in their opening game against Italy. They managed just a single shot on target. The 3-0 defeat that they suffered at the hands of the Italians means that they have conceded as many goals in the major tournament as they did in ten qualifying games.

Wales will still be looking to match the achievement that they recorded in 2016 by reaching the semi-finals. However, they will need a win in this game to stand any chance, as they opened with a draw against Switzerland, and close the group stage against the Italians. Kieffer Moore showed why there was an outcry surrounding his place in the team against the Swiss, as he scored the equalizer with 15 minutes remaining.

We would be willing to give Turkey another go against Wales, as they still have the quality that is required to get out of this group.

Italy came into EURO 2020 as one of the most popular dark horse selections to win the competition. This is unlike any Italian side that we have seen in recent years, as they have a youthful vibrancy in the middle of the park, and play much more attacking football than typical Italian outfits.

Robert Mancini’s side were excellent on the opening night, as they raised the curtain of EURO 2020 with an excellent 3-0 victory against Turkey. Ciro Immobile and Lorenzo Insigne both found the net in an excellent second-half performance. Their dominance was clear to see, as they registered 24 shots compared to the three managed by Turkey.

The Swiss couldn’t get the win that they were hoping for in their opening game, as they were held by a resolute Wales. Switzerland went into the lead early in the second half through Breel Embolo, but they weren’t able to make the dominance count, as they were forced to settle for a point.

Italy were excellent in their opener, and we will be expecting more of the same from Mancini’s side. We wouldn’t look further than a win for the Italians.