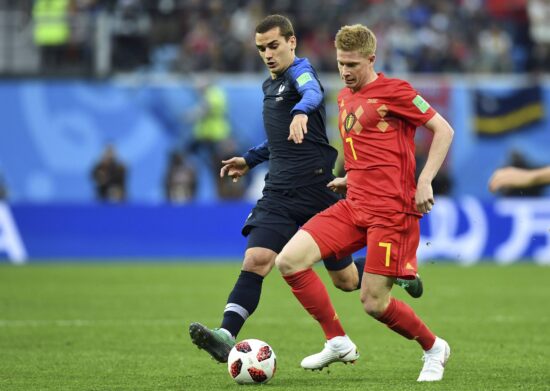 The Welsh Dragons reached the semifinals of the previous EURO in France and were the absolute sensation of that tournament. To be honest, that might have been the greatest run in the history of this nation.

Their tactics now and then are the same – Relying upon fast counter-attacks while setting up a tough defense in front of Ward’s goal. The stats support this claim, as Wales’ seven of last 10 games all ended with under 2.5 goals. Also, eight of those events were with both teams not to score.

Switzerland is trying to make that final step and reach the elite echelon of Europan football nations. For the last several years, Vladimir Petkovic’s side has been playing extremely well, and they are always posting good performances, but some big results are always missing. Petkovic created one very tough and disciplined team that plays hard. Not to forget, they have six straight victories coming into EURO.

Our money here is on Switzerland who seems to be slightly better with tactics, and has more options on how to hurt the rival. Wales pretty much has only Gareth Bale, while the Swiss seem much better.

Denmark has a very strong side, and many are not realizing that because their results kind of fly under the radar. The Danes won nine times in the previous 11 matches, having eight clean sheets, and defeating some very good teams, England, Sweden, Iceland, Austria, etc. They have a versatile unit with several good players in each line, and Christian Eriksen as the leader.

The Fins have made a massive success reaching the EURO 2020. Finland is among the weakest teams in this championship, but we are fully aware that these guys have nothing to lose, which puts them in a good position. They haven’t won in the past six games and are on a three-match losing streak.

Without wasting too much of your time, we will pick Denmark to win this contest because they are overall much better than Finland.

According to some sources, Kevin De Bruyne won’t play, but we are more than sure that the Red Devils have the same goal in this match, and that would be to win. They are one of the biggest favorites to take the silverware here, as they walk through the EURO qualifiers with 10 wins in the same number of matches with 40 goals scored and three allowed.

On the other side, the Russians play at home (Saint Petersburg), but that won’t be of any good for them in this match. We need to remind you that Zbornaya met with Belgium in the EURO qualifiers and that they suffered two routine losses. The first match in Belgium ended 3-1 for the hosts, while the second in Russia saw the Red Devils trashing the rivals with 1-4.

This last line tells pretty much everything about this event.