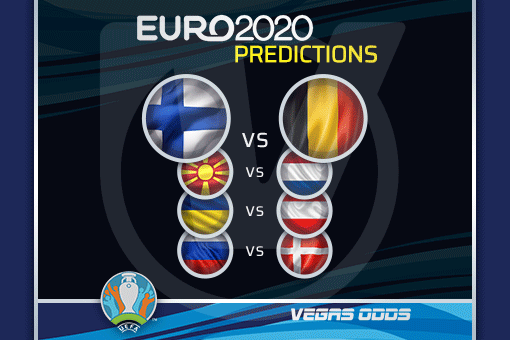 Monday at EURO 2020 will be fabulous for all football lovers, as we have four games across two groups. The tension is high because this is the last round and many teams are in challenging positions regarding their advance to the next stage.

Many believe that these two sides are going to play to win one point because it suits them perfectly in the chase for the knockout stage. They have three points each, and it is already obvious that one more will be enough to earn a spot among the four best third-placed teams.

If you checked out the odds recently, you’ve probably noticed that profits on the draw are the lowest because the odds on the same are shortest. Now, you might say that this is a fixed match, but that is nothing new at these competitions.

Our suggestion for this game would be to avoid it and save money for other events. But if you still decide to bet on it, go with under 2.5 goals.

The Macedonians fought bravely in the opening two games, scoring a goal in each and leaving a quite good impression. Still, they don’t have any chances of reaching the next stage and will pack to go home following this event.

On the other side, we have the Netherlands in full speed, having three wins in a row, in all of them netting at least twice. Plus, the Oranje plays at home in Amsterdam, which is a great plus for them.

This is a relaxed match, and we expect to see plenty of goals and the Netherlands ‘ easy win.

The Fins need one point to be in the combination for the knockout round, which would be the biggest success in the history of this country. However, they do have the toughest possible rival across the field, Belgium arguably the No.1 team in this competition.

Even though the Red Devils don’t have some competitive motive here, their players will be 100% sharp and motivated to post another win. Roberto Martinez will give a chance to reserves, who are eager to show what they know.

One quick note here. Even though the Russians are the nominal hosts, the reality is different because the game takes place in Copenhagen, the capital of Denmark.

The Danes had a lead against Belgium in the recent match but failed to keep it until the end. It was a pity for losing that match because they didn’t deserve it when looking at the overall situation on the field.

As for the Russians, we’ve expected more from them. After suffering a routine defeat to Belgium in the first game, they did beat Finland, but with a pale performance.

In general, Denmark left a better impression on us despite losing both games, and we expect them to post their first win at EURO 2020 today.