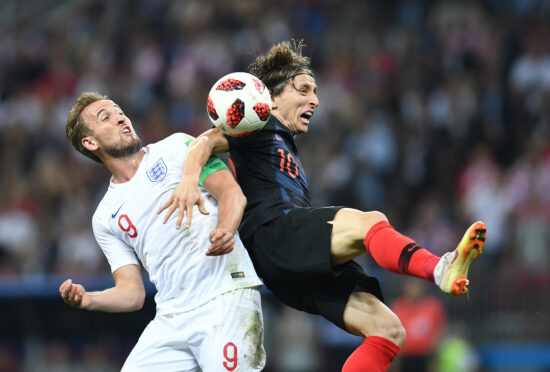 Tuesday brings two games at EURO 2020, both of them taking place on the British island. England will try to stop Patrik Schick, while on the other side, Scotland takes on the current World Cup runners-up, Croatia.

Bayer Leverkusen’s striker has been the man of the championship so far, and it wouldn’t be odd to see him in some bigger club after this tournament ends. With three goals in two games, he is the absolute sensation, and there is no doubt that the English side prepares a special tactic for this guy.

Overall the Czechs have been playing solid football, not really having some trademark style, but being extremely flexible and fluid, which allowed them to adapt to the current situations on the field.

England is a major disappointment, with the Three Lions performing under the expectations. They are supposed to be the biggest favorites for the trophy, but after seeing how they played against Scotland and Croatia, we seriously doubt that Albion has what it takes to lift the trophy. That is unless they make some radical changes.

Gareth Southgate will have two more problems apart from poor playing. Mason Mount and Ben Chilwell are in isolation due to contact tracing and can’t play today.

England’s game relies upon defense, and they haven’t conceded a single goal in the past four events, with all of them coming under 2.5 scores. That will be the outcome of this one as well because the Czechs don’t have some firepower to make it more efficient.

Whoever wins here would be in an excellent position to finish third, or even maybe second, and advance to the next stage. With the way things develop regarding the third-placed team, it appears that the winner here is definitely in the knockout stage.

Croatia finally showed its potential, playing very well in the second half against the Czechs. They were mostly pressuring the rival and attacking but eventually had to settle with one point.

They are without a win for four games, and all of them were low-scoring affairs ending with under 2.5 goals.

As for Scotland, their young star, Billy Gilmour, is out because of COVID-19 infection, which is a major setback for head coach Clark. Chelsea’s youngster was the motor of the team against England, and his absence will be felt, no doubt at all.

Scotland hasn’t scored in the past three games and is the only team at EURO 2020 without a goal.

That forces us to pick under 2.5 goals as ell for this event. The Scottish unit is pretty impotent upfront, while the situation is not much better in Croatia on the other side. Plus, their defenses are better parts of the team.