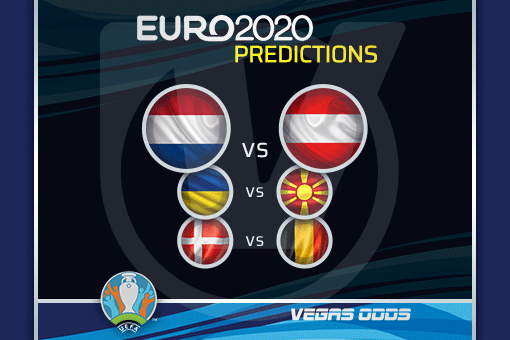 Both teams started their Euro 2020 campaigns with a defeat. Andriy Shevchenko’s men lost to the Netherlands in Round 1 in a thrilling five-goal game. Truth be told, the Dutch deservedly won, as they were the dominant side for most of the time, with the ball in their possession for almost two-thirds of the game.

This time, it should be different. This time, it’s Ukraine that’s expected to go for it. It’s just that they have much better players than North Macedonia, who seem to still be relying on their 37-year-old skipper Goran Pandev.

Meanwhile, the Ukraine squad is packed with talent. Andriy Yarmolenko, Oleksandr Zinchenko, Ruslan Malinovsky – these guys look capable of beating North Macedonia on their own.

You must feel sympathetic for Denmark after what happened with Christian Eriksen in their first game of the tournament. The 29-year-old midfielder collapsing on the pitch in the first half wreaked havoc on the nerves of his teammates.

Rather surprisingly, the game went on a while later. What wasn’t surprising is that they ended up losing it.

Denmark lost to Finland in Round 1, and now need to look for points against a much tougher opponent. They’re squaring off with Belgium, a team that’s currently the #3 favorite for winning the trophy.

They started off their Euro 2020 adventure with a 3-0 against Russia in St. Petersburg, with Romelu Lukaku scoring two times.

Belgium probably aren’t going to have a field day in Copenhagen, but the player quality is on their side. They should be able to get themselves another three points.

A few days before the start of the Euro 2020, Dutch fans flew a plane over their team’s training ground, displaying a banner urging Frank de Boer to play a 4-3-3 system. He didn’t listen to them. Instead, he went with 5-3-2. Did it pay off?

Well, sort of. The Dutch did get all three points against Ukraine, which is the most important thing. However, saying that it was easy would be an overstatement.

The score was 0-0 at halftime, even though the Netherlands had two times more chances than the opposition. Their attacking-minded style came to fruition seven minutes into the second half when the new PSG player Gini Wijnaldum scored the opener. Six minutes later, the 6’5 Wolfsburg striker made it 2-0 for the Dutch.

For the following 15 minutes or so, it seemed the Netherlands had it under control, but then Yarmolenko and Yaremchuk scored a goal each in the space of four minutes, making it 2-2. The savior for the Dutch was wing-back Dumfries who scored his first-ever goal for the Oranje in the 85th minute.

We could be in for another thriller on Wednesday evening when Austria come to the Netherlands. Encouraged by the 3-1 win over North Macedonia, the Austrians look capable of making things interesting. They might not necessarily win, but they could definitely make Dutch fans sweat by scoring a goal or two.