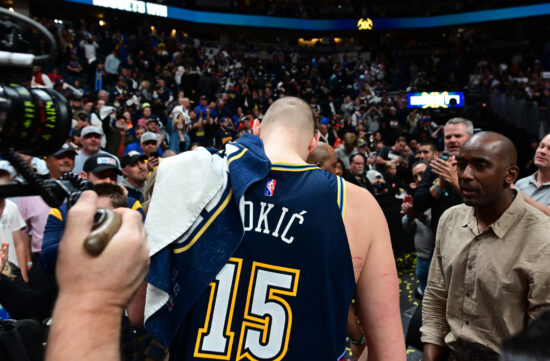 The EuroBasket 2022 has the potential to be the most interesting edition in the history of the tournament. It’s been a while since the competition’s been this fierce, with several teams setting their eyes on the title. As you can see from our EuroBasket 2022 preview, the top three title candidates come with betting odds between +350 and +450. Plus, there’s another contender priced at +550.

The reason why the competition at EuroBasket 2022 seems so fierce is that practically all of the main favorites have at least one NBA star on the roster. The Serbian national basketball team is led by the reigning NBA MVP, Nikola Jokic. Greece has Giannis Antetokounmpo on the roster, Slovenia’s key man is Luka Doncic, while France puts its hopes in three-time NBA Defensive Player of the Year, Rudy Gobert.

All of the aforementioned players are expected to do very well in this tournament, but who’s going to do the best? If you think you know the answer, why not do some EuroBasket 2022 MVP betting? There are several offshore betting sites that have this market on offer, as well as BetOnline, whose odds you will see in this next section…

Serbia, Slovenia, and Greece are the top three favorites to win the 2022 EuroBasket, which is why it’s no surprise that their key players are the top three candidates to win the MVP award. Serbia’s Nikola Jokic and Slovenia’s Luka Doncic are co-favorites, each priced at +400. Giannis Antetokounmpo of Greece is trailing slightly behind with the odds of +450.

The winner of the previous two NBA MVP awards – Nikola Jokic – is one of the top two favorites to win the best player award at the EuroBasket 2022. No surprise there as he’s the key man of the #1 title favorite, Serbia.

Jokic has been nothing short of brilliant in the Serbia jersey in the games leading up to the EuroBasket. Last week, he led his team to two wins in the FIBA World Cup Qualifications – over Greece and Turkey. In both of those matches, Jokic was his team’s leader in points and rebounds.

In addition to the qualifiers, Serbia also played a couple of friendly games in August, most notably one against Slovenia. Even though it was a friendly game, it turned out into a real spectacle that was decided only after overtime. As you’d expect, Jokic was Serbia’s best player on the court, but he wasn’t the best overall. Instead, it was Slovenia’s Luka Doncic.

The 23-year-old Dallas Mavericks player seems to be in top form at the moment, which is why no one should be surprised that oddsmakers see him as the co-favorite for the EuroBasket MVP award. Speaking of good form, two-time NBA MVP Giannis Antetokounmpo is the one that really stands out.

Milwaukee’s power forward played three games for Greece in August, scoring a total of 80 points. Forty of those happened in the World Cup qualifier against Serbia.

New York Knicks small forward Evan Fournier is seen as the #4 MVP favorite. He’s expected to be France’s offensive leader in the tournament, but this team is not a one-man army. France’s roster is packed with amazing players and a couple of them are MVP material.

One of those players is Rudy Gobert, who’s probably the best defensive player in the world today. The new Minnesota Timberwolves center is one of the tallest European players, standing at 7’1. That said, it’s no surprise that the Frenchman is superb when it comes to rebounds, both offensive and defensive. Further, he also tends to score a lot of points, many via dunks.

Nikola Jokic is the NBA MVP, which is all you need to know about his qualities on the court. Sure, there are many other elite players in other teams of the 2022 EuroBasket, but we think Jokic will do wonders with Serbia.

It’s not just that he looks like a player who could destroy any opposition, but his team also has a relatively easy job in the group phase. Serbia is in Group D, together with such underdogs as the Netherlands, Finland, Poland, Israel, and the Czech Republic. We expect to see Jokic score 20+ points per game against each of those teams.