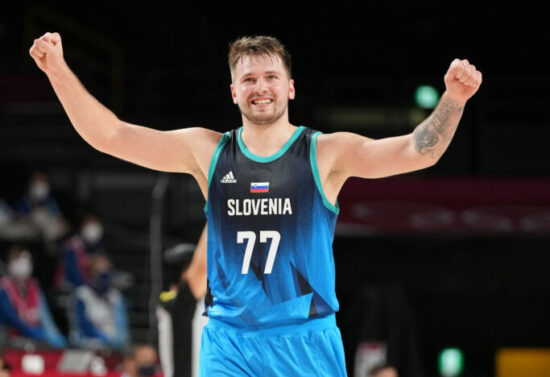 The EuroBasket 2022 is about to start.

All the teams are closing their preparations, playing friendly games or the World Cup qualifiers. This tournament will be one of the most interesting in the last decade, with superstars like Jokic, Giannis, Doncic, Gobert, and others.

EuroBasket will take place between September 1-18, in four countries – the Czech Republic, Georgia, Italy, and Germany.

Serbia Slightly Ahead of Greece and Slovenia

The Serbian national team is +350 to win the title, even though they don’t have several of their big contributors, like the Hawks’ Bogdan Bogdanovic, or the long-time captain, Milos Teodosic.

The Serbs lost their point guards in the meantime but still have the EuroLeague MVP, Vasilije Micic, and the back-to-back NBA MVP, Nikola Jokic.

Slightly behind Serbia are Greece and Slovenia at +375 and +450. Greece has Giannis, one of the most dominant players in history, the former NBA champion, Giannis, who has been in the beast mode over the recent few preparation games. He scored 40 points on Serbia in the last clash, and that is the best possible proof of his form.

Slovenia is the reigning champion after beating Serbia in the controversial final back in 2017. Luka Doncic leads a very compact team that doesn’t have too many superstars but who acts as a unit. All the players are doing their part of the job superbly, being the best possible supporting cast for Luka.

As you can see, these three teams are top contenders for the title, and slight differences will decide who lifts the trophy.

Just behind these teams is France, the silver medalists from the recent Olympics in Tokyo. This is an experienced team that plays together for a long time and has very good chemistry on the field. Gobert and New York Knicks’ Evan Fournier are the leaders and two of the most notable names on the roster.

France has an athletic team, very dominant under the rim and in defense, and it needs to be respected. The odds on their win at EuroBasket are +550.

Spain and Lithuania as Dark Horses – Not Favorites

The golden era of Spanish basketball is over, and the Red Fury doesn’t have a team that could be described as the top favorite for the medal, let alone the gold. The Gasol brothers and Navaro are gone, and Spain now has some other players. Cleveland’s Ricky Rubio is injured and the basketball association had to naturalize the US player, Lorenzo Brown, to fill in the gap.

As for Lithuania, they didn’t make a notable result for a long time, and even though this unit has a solid roster, with centers Domantas Sabonis and Jonas Valanciunas, as the top stars, they aren’t strong as before.