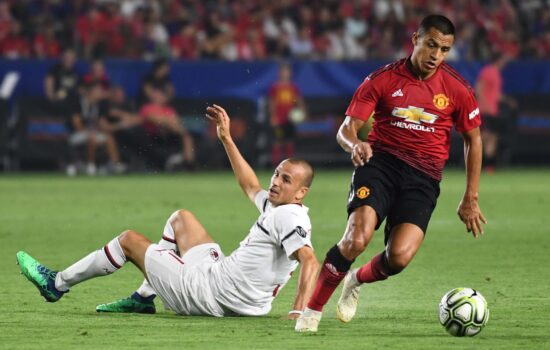 Granada is one of the biggest surprises in the Europa League this year, as the Spanish side reached the top eight clubs of the competition. However, their next rival couldn’t be tougher.

Manchester United comes to town, eager to solve this matchup quickly and continue its quest towards the first trophy with Ole Gunnar Solskjaer in charge.

The odds for this Europa League quarterfinal break down as follows:

Diego Martinez’s boys suffered three losses in a row and are experiencing a significant drop in form in the worst possible moment. On one side, they started dropping points in La Liga and now trail sixth-placed Villarreal 10 points, meaning that their chances of reaching the EL once again through domestic championship are low.

Meanwhile, they have a clash against United, and experiencing such blows could endanger the team’s morale. In each of three defats. Granada allowed at least two goals.

Overall, the efficiency of their matches is moderate, with 2 or 3 goals taking place in four of the latest five games this team played, across all the competitions. They are a tactically well-endowed team, with lots of experienced players.

When saying “title” in the headline, we meant the Europa League title. That would be the first piece of silverware for Solskjaer since he took over the Red Devils, and it would mean a lot for the Norwegian manager and the team as well. As you all know, he’s been under huge pressure, and bringing an international trophy to Old Trafford would be a magnificent success.

United had 13 straight matches on the road in which they haven’t lost until March 21st, once they suffered a defeat in Leicester in the FA Cup. That match was only the third in the previous 10 in which Manchester couldn’t keep clean sheets.

Solskjaer often sets up defensive tactics that include many counter-attacks and a fast transition when playing away from home. The speed and the quickness of United’s players are very helpful in such cases.

As said before, Granada didn’t play any competitive international matches up until this year. So it’s no wonder why they and United never met.

The hosts’ form is on the decline, and combined with the fact that United has a better team with more quality players, the Red Devils’ win shouldn’t be questioned here.

If you have second thoughts about our prediction, under 2.5 goals is a backup suggestion. United is very tough on the road and isn’t allowing too many goals. Granada will for sure be cautious as well, and all this should deliver a low-scoring affair.