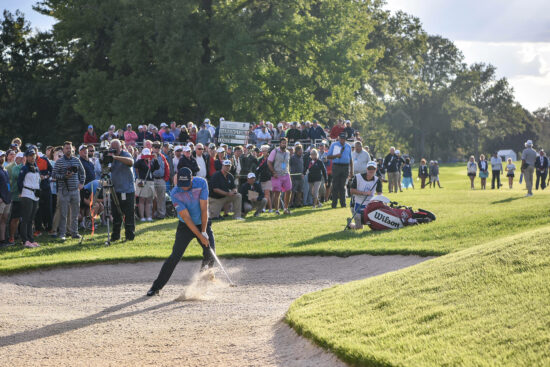 If you’re looking for the latest Dubai Desert Classic predictions and odds, then look no further than Vegas Odds.

The exciting action on the DP World Tour continues this weekend, as some of the world’s best are in action at the Emirates Golf Club, Dubai. This event offers a huge prize fund of $9 million, as players compete over a total length of 7,428 yards.

The Dubai Desert Classic will once again feature a wealth of talent this weekend. Some of the finest players across the PGA and European Tour have claimed victory at the event in Dubai, with Viktor Hovland claiming victory for the first time 12 months ago following a dramatic playoff against Richard Bland.

Rory McIlroy returns to action on the DP World Tour this weekend, and the Northern Irishman is a hot favorite. The 33-year-old has already claimed victory at The CJ Cup this year, and his ability around this course is unquestionable as a two-time winner of the Dubai Desert Classic. However, for me, he is a little on the short side.

Shane Lowry is another leading contender, but the Irishman will be looking to put a disappointing final round in the Abu Dhabi HSBC Golf Championship behind him. After shooting +4, Lowry dropped out of contention, eventually finishing in a tie for 28th. Tyrrell Hatton has been extremely consistent over the past 12 months, and should once again go well this weekend.

Tommy Fleetwood would have been disappointed with his showing on the European Tour last weekend, but he recovered well in the final round to finish seven-under. Two of the star performers from the Abu Dhabi HSBC Championship were Min Woo Lee and Victor Perez, and both could back it up with strong showings in Dubai this weekend.

I’m going with a price this weekend, and few stars impressed as much as Padraig Harrington last weekend. The 51-year-old landed four senior events in 2022 and finished in the top 20 on his only appearance on the DP World Tour last year in the Dunhill Links Championship. Harrington was excellent last weekend, as he finished fourth, just two shots off the lead. At +6000, he is incredibly over-priced this weekend.