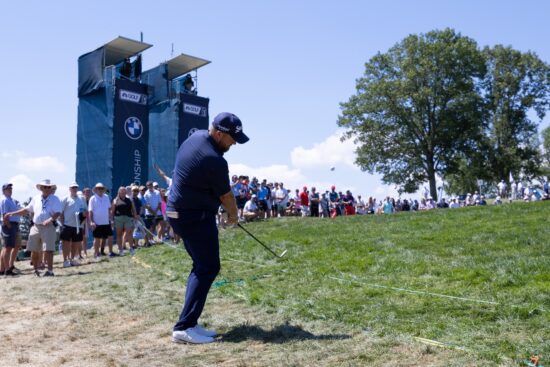 The Alfred Dunhill Championship is one of the most prestigious events on the European Tour. One of the biggest reasons for that is because it is one of the richest events on the European Tour annually. Unlike other events, the Alfred Dunhill Championship is played across three courses in Scotland, with players competing over 7,394 yards at Carnoustie Golf Club, and 7,228 yards at Kingsbarns Golf Club. However, one of the most prestigious legs will be played at the iconic Old Course at St Andrews.

The event has been a regular part of the European Tour since being established in 2001, with the 2020 event the only one that was missed due to COVID-19. The record score was set by Tyrrell Hatton in 2017, as he finished 24-under with an aggregate total of 264.

Rory McIlroy once again leads the betting for a European Tour event this weekend. He was narrowly denied victory at St Andrews earlier this year, as he dropped back to third in the final round of The Open. However, his form since then has been extremely solid. He landed success at the Tour Championship, before finishing second to Shane Lowry at the BMW PGA Championship.

Lowry looks an extremely interesting contender this weekend from a value standpoint, as he has previously shown his expertise around links courses with victory at The Open. He comes into this event in red-hot form, and his price is one of the eye-catchers when studying the market.

Tyrrell Hatton’s chances also need to be respected this weekend, as he has an excellent record in this event. The Englishman won back-to-back in 2016 and 2017 before he finished second in both the 2018 and 2021 events. He’s an extremely likely contender for a top-five finish this weekend.

As well as a play on Hatton to finish in the top five this weekend, I am also keen to use previous Open experience at the course in another bet. Louis Oosthuizen certainly appears to be the value, as he won the major back in 2010, before finishing second following a playoff in 2015.