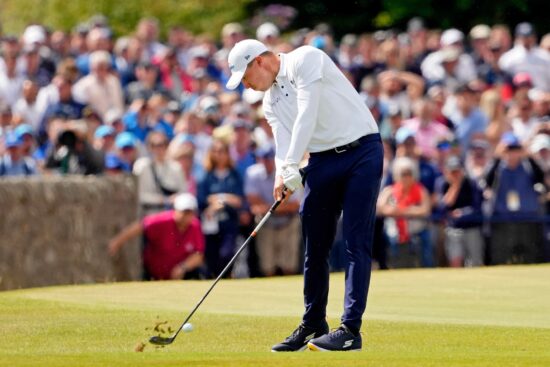 The European Tour action stays in Spain this weekend following the Open de Espana last weekend. This weekend, the attention will be on Real Club Valderrama, Sotogrande, as the Andalucia Masters is staged. Matt Fitzpatrick was the event winner last year and looks to be a commanding favorite at the top of the betting for the 2022 edition.

The Andalucia Masters was first established back in 2010. However, due to costs, it was scrapped from the schedule in 2012, just a month before it was due to take place. It didn’t make its return to the European Tour calendar until 2017, and it was promoted once again in 2019. Since the 2019 season, the three highest-placed non-exempt players for the Open earned spots in the Major.

Real Club Valderrama hosts the prestigious event, as players compete over a total distance of 7,028 yards across the par 71 course. A purse of €3 million is available to players in the event. Sergio Garcia remains the tournament record holder for both aggregate score and par. The Spanish star finished with a total of 272 in 2017, as he also finished 12-under.

Matt Fitzpatrick is a very comfortable favorite at the top of the betting for the event this weekend. The Englishman stormed to victory 12 months ago, finishing three shots clear of both Min Woo Lee and Sebastian Soderberg. The U.S. Open winner has been in strong form on the European Tour this season, which includes a second-place finish in the Italian Open just a few weeks ago.

It may be hard to take on Fitzpatrick this weekend, but it would appear as though Min Woo Lee looks to be his closest challenger. The Australian stormed back to his best form last weekend, finishing in third at the Open de Espana. Robert MacIntyre also makes a solid claim this weekend, as he won the Italian Open, and finished in the top 20 at both the Open de France and Alfred Dunhill Links Championship.

We are very hot on the chances of Fitzpatrick winning the event this weekend, given the form that he has been in over the previous 12 months. However, an each-way chance could also be taken on Spanish player Alfredo Garcia-Heredia. He finished in a tie for 30th at the Open de France last month before impressing to finish seven-under in sixth at the Open de Espana last weekend.