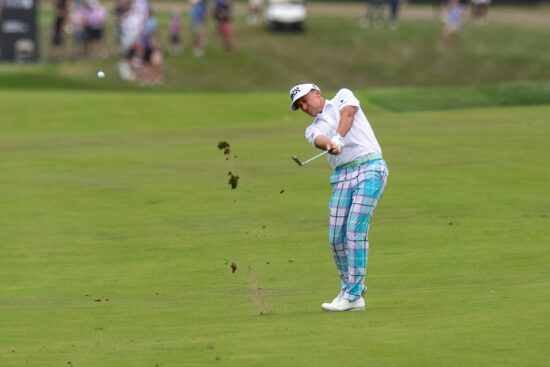 The Czech Masters has only been an event on the European Tour since 2014, but it has quickly become a very popular event among players at Albatross Golf Club in Prague. A prize fund of €1,750,000 is available this weekend, as players compete across 7,468 yards.

This event has a par 72, with the record aggregate score being held by Andrea Pavan. The Italian also holds the record for the best par score, which stands at -22. Johannes Veerman was the most recent winner of this event, as the American secured a two-stroke success over Sean Crocker and Tapio Pulkkanen in 2021.

A number of LIV Tour players are involved this weekend, with Hennie du Plessis and Laureie Canter joining Ian Poulter. However, the latter is certainly the most interesting inclusion, and certainly makes the field this weekend much strong than it was for the ISPS Handa World Invitational last weekend. Poulter has won 14 DP World Tour Events throughout his career, but this will be his first appearance on the tour since finishing in a tie for 138th at the Scottish Open.

Thomas Pieters is a very hot favorite in the betting, as he looks for a third victory at this event. His victories came in 2019 and 2015, while he also finished second back in 2016. Those results indicate that course form could have a key role to play this weekend, which means the top three of Johannes Veerman, Sean Crocker, and Tapio Pulkkanen are hard to ignore. However, all three of the players don’t come into this weekend’s event in the best of form, as they all missed the cut last weekend.

The big driving Wilco Nienaber looks like an interesting play this weekend, as he looks to have the tools to go well. He finished in a tie for 64th at the FedEx St. Jude Championship last weekend, but is a solid contender as he often makes the cut. However, Thomas Pieters has such a strong record at this event, so he looks like the most likely winner.