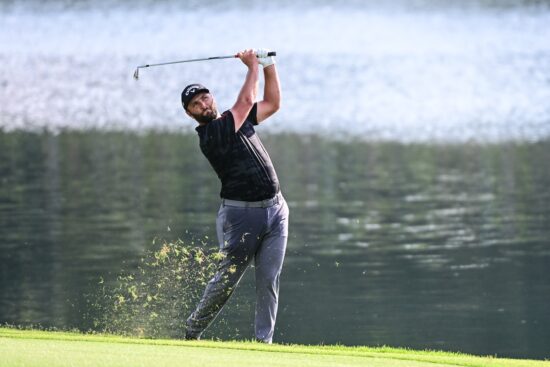 There is exciting European Tour action to look forward to this weekend, as the Open de Espana takes place at the illustrious Club de Campa Villa de Madrid. The event gets underway on Thursday, October 6, with the winning player crowned on Sunday, October 9, 2022.

The Open de Espana is a prestigious event on the European Tour and has been a part of the schedule since the tour’s inception in 1972. However, it was played for the first time back in 1912. In 2005, it was one of five events on the European Tour that was played in Spain. Players involved will compete across 7,112 yards in the stroke play event, which has a par of 71. Some legendary players have claimed victory in this event throughout its history, including Steve Ballesteros, Nick Faldo, and Bernhard Langer.

The tournament aggregate record is jointly held by two players, with both Mark James and Jon Rahm finishing with totals of 262. Rahm also jointly holds the par record with Kenneth Ferrie, with both players finishing 22-under in 2019 and 2003, respectively. Angel de la Torre is the most successful player in the event, picking up five wins between 1916 and 1925.

There’s no surprise to see Jon Rahm at the top of the betting for the event this weekend, as he has been in excellent form throughout the season. Furthermore, he is the top-rated player in this event and has won the Open de Espana on two previous occasions. He finished in a tie for second at the BMW PGA Championship on his previous outing on the European Tour. However, he may be a little on the short side in the betting.

Tommy Fleetwood is the second choice in the betting, and he has finished in the top five in two of the previous four events that he has played on the European Tour. However, it may be worth avoiding the Englishman this weekend, as he was slightly disappointing in the Alfred Dunhill Links Championship last weekend despite having a good record in the event. Rafa Cabrera Bello was the winner of this event last year, and he is an interesting price at +3500.

We like the chances of Adri Arnaus at a price this weekend. He was a winner in Spain earlier this season in the Catalunya Championship and was narrowly denied in this event 12 months ago when finishing second. This could be his weekend to avenge that, and he looks like a solid chance at a good price.