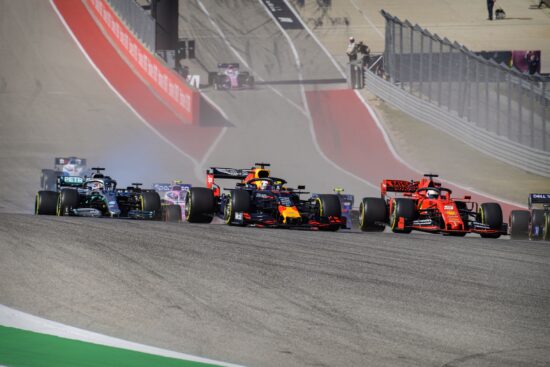 This season in Formula 1 has been one of the most captivating in recent history. Two drivers at the very top of their game look set to clash between now and the end of the season, but only one will be able to claim the World Championship. But, is it Lewis Hamilton or Max Verstappen that is currently the favorite in the betting for the Drivers’ Championship?

The race for the top prize looks set to go down to the wire, with the final race of the season set for Abu Dhabi on Sunday, December 12th. Below, you can find the dates for all remaining races taking place in the 2021 season:

It has been a dramatic F1 season to this point, but there are still eight races of the campaign left. Max Verstappen holds a slim lead at the top of the standings, as his win in the Dutch Grand Prix saw him open up a five-point advantage over the reigning world champion, Lewis Hamilton.

The British driver has claimed podium finishes in three of the last four races. Valterri Bottas is back in third, and could face a fight to hold on to that position, with Lando Norris and Sergio Perez sitting in fourth and fifth, respectively. Below, you can see the current standings in the Drivers’ Championship.

The most recent Grand Prix was staged in Monza, Italy, and once again there was a tense exchange between the top two in the Drivers’ Championship following the race. Verstappen and Hamilton collided on the 26th lap, just after the Brit had left the pit-lane. Verstappen attempted to overtake the reigning world champion on the right-hand side, but collided with Hamilton, which saw both cars crashing off the track.

It could have been a horrific moment, but the halo on Hamilton’s Mercedes ensured that the incident wasn’t as bad as it could have been, with the Brit claiming that the modification saved his life. The race was eventually won by Daniel Ricciardo, with McLaren teammate Lando Norris in second and Bottas in third. Crucially, race stewards announced after the race that Verstappen will have a three-place grid penalty for the next Grand Prix in Russia, which could open up the opportunity for Hamilton to get back to the top of the standings.

Pick & Prediction for the 2021 Drivers’ Championship

Who will win the 2021 World Championship this season:

All eyes will now be on the Russian Grand Prix, which could be pivotal in the championship race. A victory for Hamilton would see him move back to the top, while Verstappen’s grid penalty could be crucial. The preference remains for Hamilton, who has an excellent record in the remaining races this season.