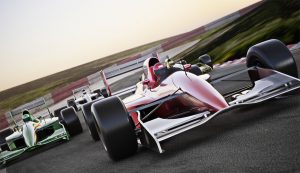 Formula 1 is back at Autodromo Nazionale di Monza where the Italian Grand Prix is taking place on Sunday, September 6. Lewis Hamilton will be looking to score a sixth career victory in the Italian race.

The odds seem to favor him a fair bit, too. Here is what oddsmakers think would happen in the upcoming Italian Grand Prix.

Where and When to Watch F1 Italian Grand Prix

Hamilton is looking at a very tempting opportunity this weekend, hoping to add a sixth victory in the Italian Grand Prix. Following a quick race and victory in the Belgian Grand Prix, his 89th career victory, Hamilton is comfortably ahead of the second best, Max Verstappen, with some 47 points in the overall leader board.

Better yet, he is looking at winning the entire season, which would be a seventh career victory. In fact, his chances of securing the title this season are (-1600) and his odds to tackle the Italian Grand Prix are posted at a decent (-200).

Now, the Autodromo Nazionale di Monza is all about speed and this is where Hamilton excels. He has improved his performance significantly from last season and he is very likely to continue his dominance uninterrupted for years ahead.

He has been the fastest driver in four out of six of the last races in the Italian Grand Prix, giving him a very clear-cut advantage. Yes, Hamilton has it all and he is definitely a heavy favorite for the race.

Who Can Race on Par with Hamilton?

There will certainly be drivers trying to step up to Hamilton’s racing pace, yet only a few would even come close. Max Verstappen and Valtteri Bottas are the most likely runners-up in the upcoming race, but they have been trailing Hamilton for multiple races now.

Fading Hamilton is not the same as winning, though, and both Bottas and Verstappen have a difficult race ahead. One good bet to consider might be Charles Leclerc. Posted at mere (+20000) that is a long-shot that has no chance of success, at least by most analysts’ opinion.

Yet, Leclerc posts some awesome odds for a top six finish (+550) and worse but still decent (+100) for a top ten finish. He just has to avoid lengthy pitstops, which Ferrari was able to explain earlier this week. The race may appear a little one-sided, and as long as Lewis Hamilton continues to deliver historic results, this trend is likely to keep true.

Can any of the drivers beat Hamilton at what is largely considered his own stomping ground? That remains to be seen.