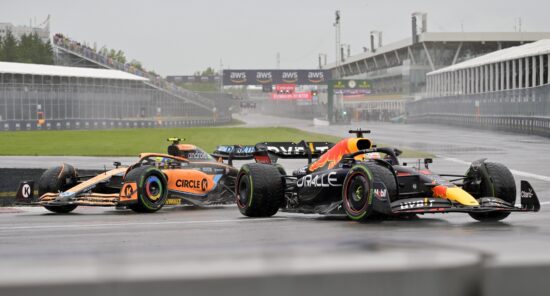 Motorsport fans were treated to one of the most dramatic races ever last Sunday, as the British Grand Prix delivered no shortage of huge moments. Fans will be hoping that the drama continues this weekend, as Red Bull has home-field advantage for the Austrian Grand Prix.

The Red Bull Ring has hosted the Austrian Grand Prix since the race was added back to the Formula 1 calendar in 2014. It was absent from the schedule from 2003 but returned after more than ten years. The track is one of the fastest on the calendar, with three DRS Detection zones. The first is located just before the first corner, while the other two can be found in sectors two and three.

Drivers will complete 71 laps, which covers a total distance of 306.452 km. The lap record is held by Kimi Raikkonen, who finished a lap in a time of 1:06.957 back in 2018. Max Verstappen won the race for the third time last year, which saw him tie the record for most victories alongside Jo Siffert and Alain Prost. Despite Red Bull having home-field advantage, Ferrari and McLaren are tied for the most wins.

Words can’t really do justice to the British Grand Prix that we saw on the latest round. There was drama on the first corner, as a collision between George Russell and Zhou Guanyu sent the latter spinning through the air and into the barrier that was housing spectators. After an hour delay, the race resumed, and once again there was drama, as Sergio Perez and Charles Leclerc touched; leading to damage on both cars. That would ultimately be detrimental to Max Verstappen, as his car suffered a puncture and damage underneath from the debris left on the track. Leclerc and Sainz were easily able to overtake the World Championship leader, who eventually was battling it out with Mick Schumacher to finish seventh.

There was once again drama in the Ferrari garages, as a safety car led to almost all of the top seven swapping onto softs. However, Leclerc stayed out on the hards and was a sitting duck after the restart. The Monaco driver was certainly irate with that decision after the race, as he eventually finished down in fourth. However, his teammate managed to hold off the threats from Perez and Hamilton to win a first F1 race on his 150th start.

In truth, this was the weekend that Mercedes and Hamilton firmly arrived in the title picture. The seven-time world champion would have likely battled for the win if it had not been for the safety car, but a third-place finish still highlights a solid finish. Hamilton didn’t look out of place in the battle for the lead and managed to battle with the Ferraris and Red Bulls throughout the contest. It could be a matter of when and not if the seven-time champion gets a first win this season.

Verstappen’s issues last weekend did see his championship lead cut to 34 points, and Perez is likely to be back on the charge this weekend. However, we could see Ferrari winning this weekend, as the straight-line speed that they have could be perfect for this circuit. The sprint will be the perfect indicator this weekend, but we would be willing to take a chance on Leclerc.