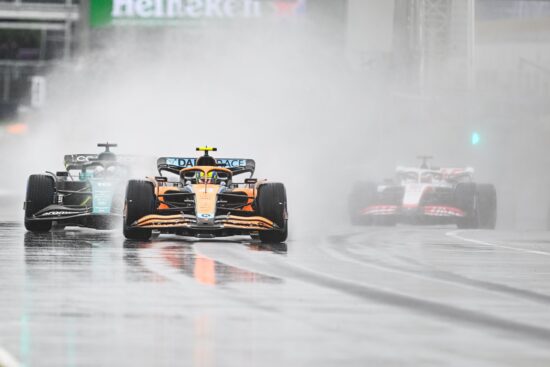 One of the most exciting additions to the Formula 1 calendar over recent years has been the Sprint Races, and this weekend we will see the second sprint of the season competed. The Austrian Grand Prix Sprint Race will take place the day before the Grand Prix itself, which means that a total of 34 points are up for grabs this weekend.

What Is The Austrian Grand Prix Sprint Race?

The Sprint race format has been a very exciting addition to the Formula 1 calendar, and this weekend’s race in Austria will be the second of the second. The first took place in Italy at the Emilia Romagna Sprint, which was won by Max Verstappen, as he held off Charles Leclerc in dramatic fashion. As was the case last year, the drivers’ race over 100km. There is no obligation to make pit stops, as drivers are encouraged to race as hard as possible to the chequered flag.

However, the races hold extra significance this year as there are more points on the line. In contrast to last season, the top eight finishers earn points in the Drivers’ Championship, while eight points are awarded to the winning driver in the Sprint. Also, the grid for the Grand Prix on Sunday will be determined by the finishing order in the Sprint on Saturday.

There’s no surprise to see Max Verstappen head the betting for the Sprint race on Saturday, as Red Bull will be looking to make their home advantage count. However, the current leader in the Drivers’ Championship endured a weekend to forget at the British Grand Prix, as a puncture left him battling for seventh against Mick Schumacher in the final stages. However, Verstappen’s record in Sprint races is extremely strong, as he has picked up a leading total of 15 points from the four previous Sprint races that have been contested in F1.

Meanwhile, Ferrari will feel as though their car could be perfectly suited to the track at Red Bull Arena. But they are yet to win the Austrian Grand Prix since it moved to Red Bull Ring. Regardless, Charles Leclerc should have every chance if team orders don’t compromise his race as they have done in recent weeks. Mercedes have better reliability and speed in a Grand Prix, but how competitive they will be over a shorter distance remains to be seen.

We will be siding with the favorite this weekend. Verstappen has won three of the previous four races around the Red Bull Ring, while his Sprint Race record is hard to ignore.