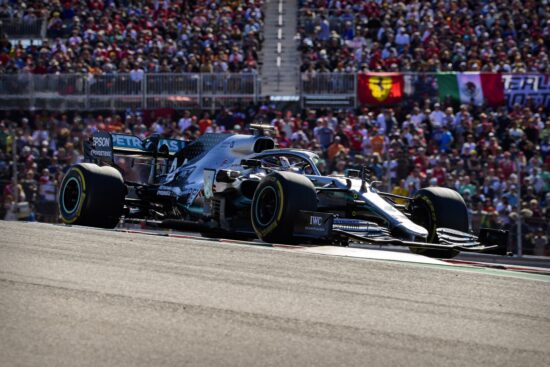 The 15th race of the Formula 1 season takes place this weekend, as the action moves to Sochi for the Russian Grand Prix. But, will Lewis Hamilton be able to take full advantage of the grid penalty that will be served by Max Verstappen?

The first-ever Russian Grand Prix was staged back in 1913, but it didn’t become a regular race on the Formula 1 calendar until 2014. It was announced that Sochi would be the host of the Russian Grand Prix shortly after the city was awarded the rights to host the Winter Olympics in the same year. The track at Sochi has a length of 5.848 km, while the Russian Grand Prix is competed over a distance of 309.745 km. Drivers competing for the top prize in the Russian Grand Prix need to complete 53 laps. This will be one of the final times that the race will be staged in Sochi, as it will be moving back to St. Petersburg from the 2023 season.

The Russian Grand Prix is synonymous with being one of the tracks that Mercedes have been dominant at throughout its history. All seven winners since the race was re-introduced in 2014 have been driving a Mercedes car, with Lewis Hamilton winning on four occasions, Valtteri Bottas winning two times and Nico Rosberg claiming victory in 2016. The two victories in 1913 and 1914 were also won by drivers for Benz.

As the Formula 1 Drivers’ Championship odds would suggest, this is once again a fight between the two Mercedes drivers and Max Verstappen. The Dutchman is the current leader in the standings but will serve a grid penalty in the race this weekend, which means he will likely need to be fastest in qualifying to stand any chance of catching the two Mercedes cars. Hamilton will see this as a perfect opportunity to take the lead back in the Drivers’ Championship, and victory here would mean that the destination of the championship will be in his hands.

Bottas could yet have a significant say, as the Finnish driver has also won two of the previous four Russian Grand Prix’s. It will make for a fascinating finish should both the Mercedes drivers be in positions one and two, with Bottas leading the race.

Who will win the Russian Grand Prix this weekend:

This weekend presents a golden opportunity for Lewis Hamilton to get back to the top of the Drivers’ Championship. The Brit has an excellent record in Sochi, and the grid penalty that Verstappen must serve after colliding with Hamilton in Italy means that the Brit could have the biggest possible advantage coming into this race, and he shouldn’t let it pass him by.