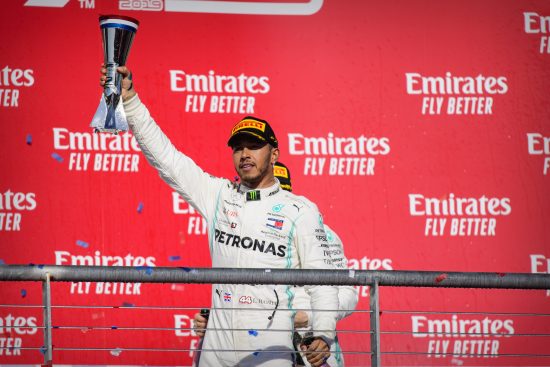 For the first time in nine years there will be a Formula One race in Turkey, and Lewis Hamilton will be looking to take a step closer to history this weekend, as another win will see him match the championship record that was set by Michael Schumacher.

This will only be the eighth time that a Formula One event has been held in Turkey, and it will be the first since 2011. The race had been a popular part of the calendar for fans, with the 2005 race being one of the most significant of that season. That was due to Juan Pablo Montoya going too wide on the penultimate lap, which allowed Fernando Alonso to pounce. The result had a huge impact on the standings at the end of the season. Unlike many races on the F1 circuit, Lewis Hamilton doesn’t hold any of the records at this track.

Felipe Massa has won the Turkish Grand Prix the most, as he has won on three occasions. Ferrari are the leading constructor with the same number of victories in this race. Meanwhile, Mark Webber has posted the fastest time in the history of the Turkish Grand Prix, as he set a time of 1:29.703. Hamilton has recorded a success in this race in the past though, as he won this event back in 2010. The most recent winner of the race was Sebastian Vettel, who won in 2011 on his way to winnings the championship.

The mission for Hamilton this weekend is very simple. A win in Turkey will mean that history will be made, as Hamilton will win his seventh Formula 1 title. Hamilton’s record-breaking success looks likely to happen either way this season, as he could event win the championship without event finishing on the podium again this season, which has only happened a few times this season such as at the Italian Grand Prix.

He could even win the championship this weekend by finishing behind Bottas. The pressure will certainly be on Bottas to continue the title race, but to do that, he must hope that Hamilton retires, and then he must finish at least eighth. Any chance of that potentially happening looks extremely unlikely, and there is a strong feeling that this is the weekend where history will finally be made by the British driver. The title race became a two-way race last time out after Max Verstappen retired. That ended his hopes of winning the championship, which already looked extremely unlikely in the first place.

Hamilton’s success this season is a credit to him as a driver, and there isn’t any doubt that he will be considered one of the best of all-time when he finally decides to retire. However, he will capture his seventh World Championship in style this weekend by winning in Turkey.