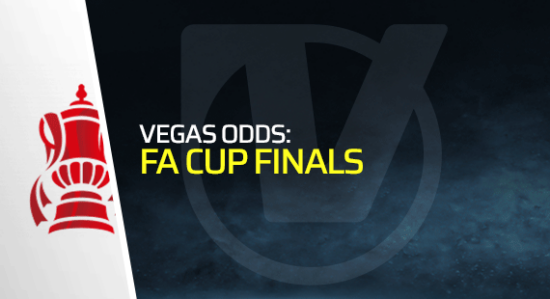 One of the most prestigious cup competitions in world sport reaches its conclusion this weekend, as the FA Cup final will be played at Wembley. For only the second time in history, the same two sides that competed in the League Cup final will meet in the FA Cup final, as Chelsea and Liverpool do battle in the English capital.

Regardless of what happens over the final month of the season, it has been an excellent campaign by Jurgen Klopp’s Liverpool. However, the Reds will need silverware to show for their efforts this campaign, and a big month to the season will see them compete for the FA Cup and Champions League, as well as complete their final fixtures in the Premier League. Their chances of winning the latter already appear to be fading, but a cup treble would illustrate a famous success for the Reds.

Liverpool have already tasted success against Chelsea in a domestic cup final this season, as they beat the Blues on penalties in the League Cup final earlier in the campaign. However, Klopp’s side have constantly struggled against Chelsea, with all three previous meetings this term ending in draws after regulation time.

The Red played at Anfield for their first three games in the FA Cup this season, as they beat Shrewsbury Town, Cardiff City and Norwich City. They overcame a tough away game in the quarterfinals at the City Ground, as they just about edged over the line against Nottingham Forest with a 1-0 win. In the semi-finals, the Reds played out a classic against Manchester City, as they eventually held on to secure a 3-2 win.

Chelsea have made history by reaching the FA Cup final this year, as they became the first club to reach three consecutive finals since Arsenal between 2000 and 2003. However, they will be looking to avoid an unwanted piece of history. Defeat in the final this year would see them become the first side since Newcastle United to lose in three final appearances.

However, history in FA Cup finals would favor the Blues, as they have only previously come up against Liverpool on one occasion in the showpiece event. That came back in the 2012 final, as Chelsea won 2-1 thanks to goals from Didier Drogba and Ramires. But, heading into that final, the Blues were clear favorites in the betting to win the competition, which won’t be the case this year.

Chelsea have enjoyed a slightly easier passage through to the final this season, as they have come up against only one Premier League side. The Blues easily managed to make it through the first two rounds, with home victories against Chesterfield and Plymouth Argyle. They made hard work of a tie against Luton Town in the fifth round, but eventually sealed a 3-2 win at Kenilworth Road. Chelsea then beat Middlesbrough 2-0 in the quarterfinals, before easing past Crystal Palace with the same scoreline in the semi-final.

Chelsea vs Liverpool Pick and Prediction

The fact that all three meetings between the sides this season have ended in draws shows how closely they match up. Thomas Tuchel has had an excellent record in domestic competitions with the Blues, but they have now lost two of the three finals that they have reached. I expect Liverpool to win, but they could be once again pushed into extra time to get the victory. As a prop selection, Mohamed Salah to score could be a decent selection after being rested for their midweek win against Aston Villa.