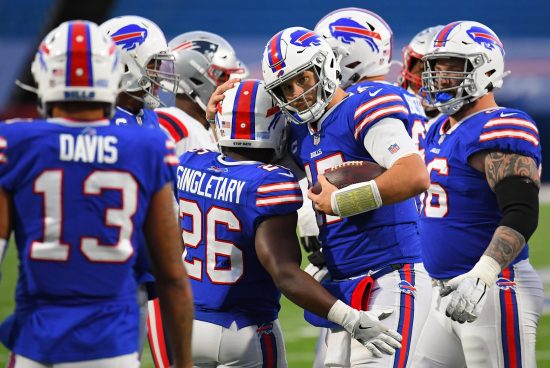 Atlanta Falcons are still in the playoff talks even though they have the least chances of all the teams in the hunt. On the other side, the Bills are back in the saddle, after a massive win over New England. It seemed that almost everybody forgot that Josh Allen is one of the best players in the league and an MVP caliber.

No Pressure on Atlanta

This has been a solid year for the Falcons. Nobody saw them reaching this far, to be perfectly honest. Calvin Ridley took a break in the middle of the year, but Matt Ryan and the remains eclipsed all the projections even without one very important player. Arguably the second star of the team.

One of the main reasons why Atlanta played much better than expected is the rookie Kyle Pitts who is a true refreshment in the league. The young TE had 949 receiving yards, and even though he contributed with only one TD, the influence on Atlanta’s game is massive.

Last week, the Falcons won at home against the Detroit Lions, 20-16, having certain trouble to beat the weakest teams in the conference, but ending up on the winning side. Matty Ice had 215 yards for one TD and was 18-for-24. Pitts had 102 yards on six receptions, while Russell Gage caught 39 yards.

Josh Allen stopped all the hype about the Patriots. He became a villain suddenly. But who cares, because his Buffalo is back in the game and has a big advantage over the Pats in the AFC East title race.

Everybody forgot about the Bills, and all the eyes were pointed towards the Patriots, which apparently hurt Allen’s ego. He threw for 314 yards, three touchdowns, wasn’t sacked, and on top of that, ran for 64 yards on 12 carries.

Isaiah McKenzie caught 11 receptions for 125 yards and one TD, Stephon Diggs had 85 receiving yards and a TD, while Dawson Knox added one more TD.

The last game between these two sides was in 2017, when Buffalo won in Atlanta, 23-17. Prior to that one, the Falcons had four wins in a row.

A win in Foxborough boosted the Bills’ morale and brought back some of their lost confidence. Also, it reminded us all about how good this team really is. Allen and the company shouldn’t have too many problems defeating the Falcons, who don’t have the quality to compete with Buffalo. Also, the weather conditions at Orchard Park will be very tough for them to adjust to as they play in the indoor arena. The spread on the Bills is -14, and after reviewing all the factors and circumstances, we believe that they will cover it: