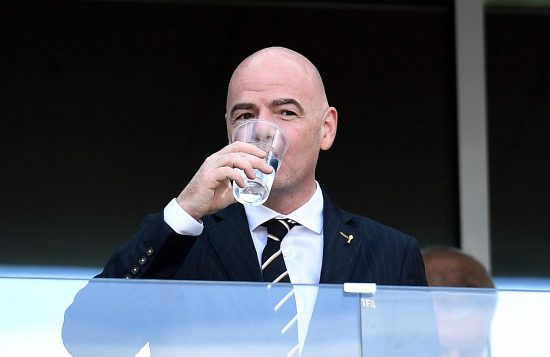 The global body for soccer, Fifa, has often been in hot water over corruption. In 2015, a string of accusations alleged widespread corruption, which was later proved, and led to the ascension of Gianni Infantino, the body’s new chief executive, to the top. Today, Infantino is committed to cleaning up the sport and the latest move towards transparency involves allowing fans to see how much agents make off transfer deals.

The sport’s global governing body is now in the process of consultation with agents, which will lead to a new set of rules on transfers in 2021. These new rules will come with a licensing system, commission caps and a public record kept and published by Fifa, among other things.

Clubs and national association officials who own stakes in player agencies will not be allowed to participate. If this is applied, Fosun would be disqualified under the new terms, as the company owns Premier League club Wolverhampton Wanderers, but it also has a stake in Gestifute via a subsidiary.

Agents will have time until the spring of 2021 to consider the suggestion and share their feedback so that a draft regulation can be formalized into law. Fifa’s governing council should then approve the measures by June at the latest, and see them become a binding regulatory norm in September at the latest.

The measure is necessary to avoid abusive practices where an agent could be claiming too much of a player’s salary. As per the new rules, the maximum commission they can charge per player is 3% of a player’s salary, although the agent can add another 3% if he represents both the buyer and seller.

The rules also state that an agent, who represents a selling club, can earn up to 10% commission. To ensure transparency and the safe transfer of funds, Fifa will use a clearinghouse to minimize the chance of financial fraud and abuse. According to Fifa head of soccer regulatory, James Kitching, the present model leaves a lot to be desired, as it makes abuse easy:

“Many of the practices which we describe as excessive and abusive derive from the types of commission payments that we’re describing right now. What we’re trying to do is bring in basic service standards.”

Kitching did argue that large numbers do not necessarily mean a higher incidence of abuse, but Fifa was still keen on establishing clear-cut rules to protect everyone involved. Fifa will also prohibit family members to act as intermediaries in transfers unless they are certified, agents