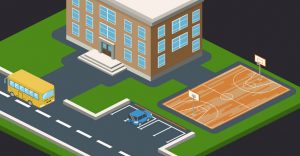 We started with 68 teams, and now we have 16 remaining. This weekend, we we see Sweet 16 action, with 8 games being played on Thursday and Friday. The Elite 8 will be played Saturday and Sunday. Let’s take a look at the Sweet 16 Games for the 2018 NCAA Tournament:

The Kentucky Wildcats did not like their draw to start the NCAA Tournament, and now they are on the verge of going to the Elite 8 without playing a team in the upper half of the South Region. The Wildcats are the top seed remaining in the South. Their offense is going to be put to the test against a very solid Kansas State defense.

Two cinderella teams will get together in the South bracket. One of these teams will move to the Elite 8 of the NCAA Tournament. Loyola has beat Miami and Tennessee in back to back games, while the Wolf Pack are coming off a thrilling come from behind win over the Cincinnati Bearcats. This is going to be quite a battle of wills with both teams battling it out.

What a game this should be in Boston. Matt Painter and his Boilermakers escaped state rival Butler on Sunday and have moved to the Sweet 16. The runner up in the Big Ten will face a tough, athletic, and very good defensive team in Texas Tech. The Red Raiders have the athletes, while the Boilermakers have the experience, and a great ability to shoot the basketball.

The pressure defense of the West Virginia Mountaineers will take on the top remaining team in the tournament, The Villanova Wildcats have been brilliant in the postseason, and are the favorites in the East. Jalen Brunson is awfully tough to guard, but the leadership of West Virginia may be second to none.

Interesting battle between Gonzaga, who is looking to get back to the title game, after losing a season ago to North Carolina. Now, they get an upstart Florida State team out of the Atlantic Coast Conference. The Seminoles came storming back to pick up the win. Florida State finished 8th during the regular season as part of the Atlantic Coast Conference. Now, they are seeking their 23rd win of the season.

The 3 seed against the 7 seed with the winner heading to the Elite 8. Michigan came away with a miracle win on Saturday over Houston, while the Aggies dismantled North Carolina in Charlotte. The Wolverines can be a streak shooting team, and the Aggies were on the verge of not making the tournament in January. It should be a great battle in Los Angeles.

There may not be a hotter team in the tournament than the Clemson Tigers. The Tigers absolutely smacked Auburn in the second round, and now get a shot at the Jayhawks. This is a Clemson team that finished in a tie for third in the Atlantic Coast Conference behind Virginia and Duke. The Tigers will look to make the Elite 8 game an all ACC affair if they can upset the Jayhawks and get a shot at Duke.

We have a battle of two legendary coaches, and we have a pair of ACC teams getting together. The Syracuse Orange have won three games this postseason as one of the play-in teams. The Orange are coming off back to back upsets over TCU and Duke. The Orange are a defensive team that will force the athletic Blue Devils to make shots. Duke is probably the best talented team in the nation, so we will see if that plays out in Omaha.

Best of luck with all your NCAA Betting. We hope you enjoy the Sweet 16 games, and get your bets in for all the games.