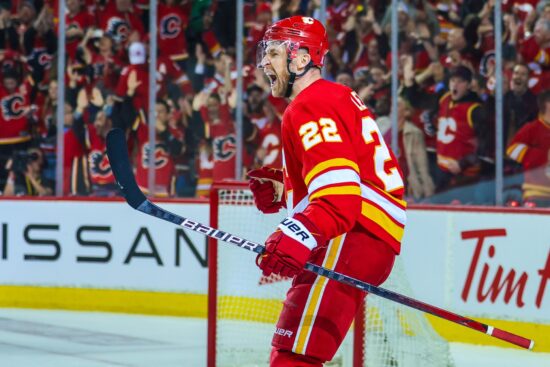 The Calgary Flames will be looking to book their place in the second round of the Stanley Cup playoffs on Friday. There will be confident within the camp, as the Flames have already picked up one victory at the American Airlines Center during this series. That victory came in game four, as the Flames picked up a 4-1 success on May 9.

Calgary has been the clear favorites to progress through this series from game one, but defeat on Friday could leave them sweating for their place in the second round. However, the Flames haven’t managed to reach the second round of the playoffs since the 2014-14 season when they were knocked out in that round by the Anaheim Ducks. Last season, they failed to qualify for the playoffs.

The Flames picked up a victory in game five of this series earlier in the week, as they won 3-1 in Calgary. Mikael Backlund, Andrew Mangiapane, and Trevor Lewis scored the goals in that comfortable win. However, this is likely to be a much bigger test.

There is no room for error on Friday night for the Dallas Stars, as defeat will see them exit the Stanley Cup playoffs at the first hurdle. The Stars have reached at least the second round of the playoffs in two of the previous three seasons, which includes their run all the way to the Stanley Cup finals in 2019-20, before they were beaten by the Tampa Bay Lightning.

Like the Flames, the Stars failed to qualify for the playoffs last season. The Stars should have an excellent chance of forcing a game seven, as they had an excellent home record during the regular season, as they went 27-10-4. However, the Flames won the last game between the sides at the American Airlines Center.

The Stars did win in game three at home, as they picked up a 4-2 victory. Joe Pavelski scored twice in that win, and they will need another inspired performance by the player in this game six.

I like the chances of the Flames wrapping up the series on Friday, as they have already shown that they have what it takes to win on the road against the Stars. Furthermore, I could see them leading going into the second period.